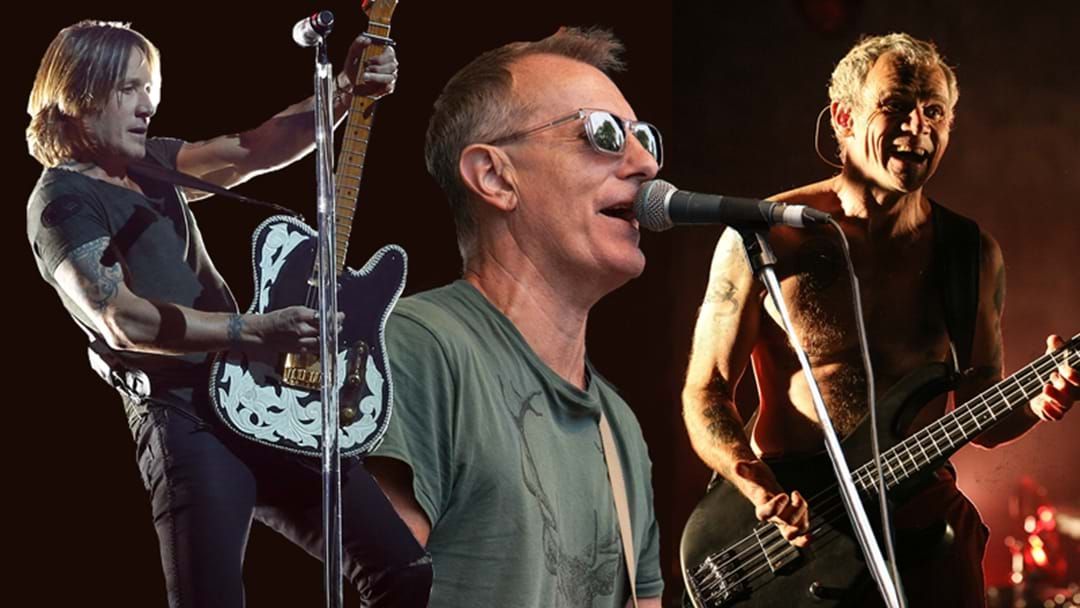 This full-scale theatrical production featuring over 2 hours of live music with replica costumes, theatrical lighting and effects, and of course, dancing!

Starring incredibly detailed performances from internationally acclaimed impersonators ABBAsolutely fABBAulous, The ABBA Show gives fans of all ages a chance to re-live the ABBA concert experience, celebrate the music of ABBA and dance the night away!

Clear your schedule because it’s coming to Orange Civic Theatre in April.

James Reyne will be headed to Orange Civic Theatre on March 16th with a 90 minute set featuring his greatest hits from over 20 albums!

This will be a comprehensive look at the past unto the present. I’ve sifted through all of the Australian Crawl material with the intention of performing it “songbook” style. An to bring out the solo material again and reimagine those songs acoustically is always fun – I’m very excited about these shows.

KISS will be heading to the Qudos Bank Arena on Tuesday 26th November.

The ICC Sydney Theatre at Darling Harbour will welcome one of Britain music’s most iconic names in March. Bryan Ferry will showcase his newest album and sing the classics we all know and love on his tour Down Under. This is a must-see show for all music lovers!

Our Aussie pop princess Kylie is bringing her Golden Tour to ICC Sydney Theatre next March. It’s her first line up of shows since 2015’s Kiss Me Once Tour, and promises to be a “unique and captivating” performance, “connecting all Kylie’s hits into one glorious story”.

Rock legend Slash and his band Myles Kennendy & The Conspirators are bringing their new album ‘Living The Dream’ to Qudos Bank Arena on the 28th January for a one night only intense, high energy performance!

The Eagles World Tour is soaring into the Qudos Bank Arena in March with their smash 70s hits we all know and love! The band has sold over 150 million albums, scored #1 albums and topped the singles charts 5 times.

Red Hot Chili Peppers will be playing at Qudos Bank Arena on the 19th February.

British pop group Bananarama will hit the Enmore Theatre in February to perform their new set off the back of this year’s Reunion Tour. As Guinness World Records all-female band with the most chart entries in the world, you do NOT want to miss this unforgettable show!

Belinda Carlisle will be celebrating 30 years of her album ‘Runaway Horses’ with a special concert series that will hit Enmore Theatre in February. The concert will showcase her smash hits and new music in a line-up that will have you believing that “Heaven Is A Place On Earth”.

Rock icon Bryan Adams will bring his signature rock ‘n’ roll style to NSW next year with a show that’s sure to take you back to the “Summer of ’69”. You can catch Bryan Adams at ICC Sydney Theatre on March 24th.

Catch Maroon 5 at Qudos Bank Arena on February 21st when they return with special guest CXLOE on their ‘Red Pill Blues World Tour’. The band is one of pop music’s most enduring artists and biggest acts, with 3 Grammy Awards under their belt, and having been named “the most successful group in the history of the Billboard Hot 100”.

Who doesn’t remember singing along to the iconic Nickelback hits like ‘How You Remind Me’ and ‘Photograph’? Well in February you’ll get the chance to hear the band rock out their latest music and biggest hits at Qudos Bank Arena!

The international musical legend Phil Collins is bringing his tour ‘Not Dead Yet’ to Qudos Bank Arena for 3 nights in January. With a career that has lasted over 50 years as a solo artist and as a member of Genesis, Phil Collins is a must-see live performer. Don’t miss out!

All-in-all 2019 is set to be a HUGE year for live music here in Central West, and we can’t wait for it to kick off!