The 2019 NRL Season Is Over For Te Maire Martin

The 2019 NRL Season Is Over For Te Maire Martin 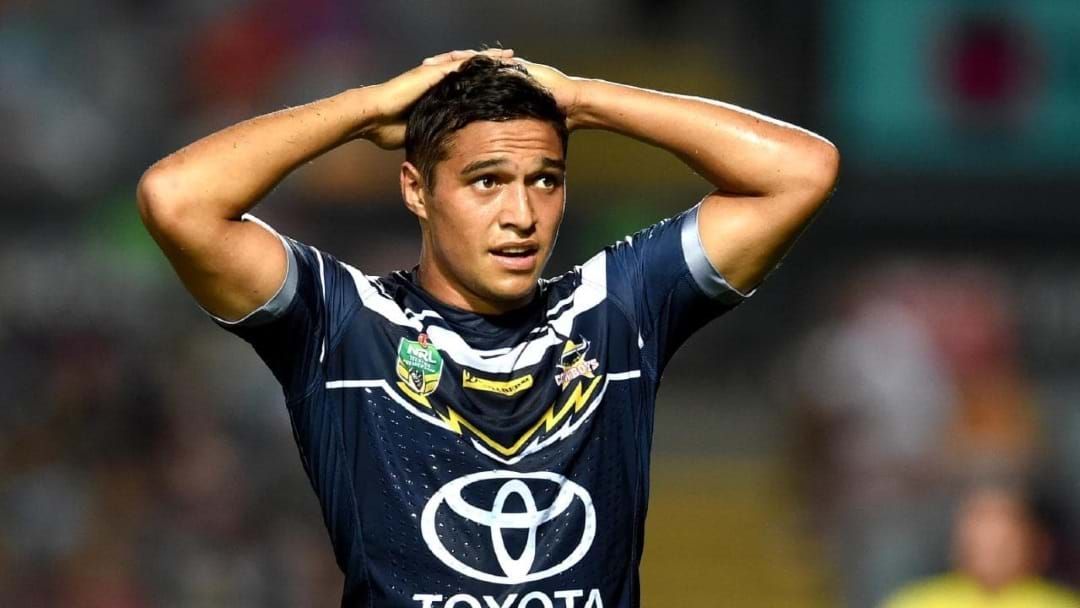 One of the youngest players in the blue and grey has been absent from the footy field since Round 7, and he won't be on the field any time soon.

Te Maire Martin has been sidelined with a brain bleed but has now made a light return to training by participating in running drills.

Warnings from doctors though are that if the 23-year-old returns to playing an NRL game before they find the answer to his mystery brain bleed, it could be fatal.

The young star has been unable to play since the bleed was discovered due to shocking head pain.

Speaking to Fox Sports program League Life, Te Maire said something 'felt not right' prior to playing the Bulldogs on April 26.

Training on the Monday wasn't as smooth as it usually is, with Te Maire recalling his head was throbbing throughout the session, which lead to head scans.

The initial news from doctors was that the young player would be out for a matter of months, that has now been reviewed and the New Zealander won't play again this year.

During the emotional journey of processing the situation, Te Maire says Cowboys camp has been a great support.

"The boys are all supportive, it's a pretty special club," says Te Maire.

"I'm just going to try and really work on getting it right, and do nothing that'll aggravate it."

Te Maire is hopeful that he'll be playing for the Cowboys again when they make the move to North Queensland Stadium 2020.

The Cowboys play the Rabbitohs this weekend at 1300SMILES Stadium with Murray Taulagi making his NRL debut, due to Jordan Kahu's fractured eye socket.