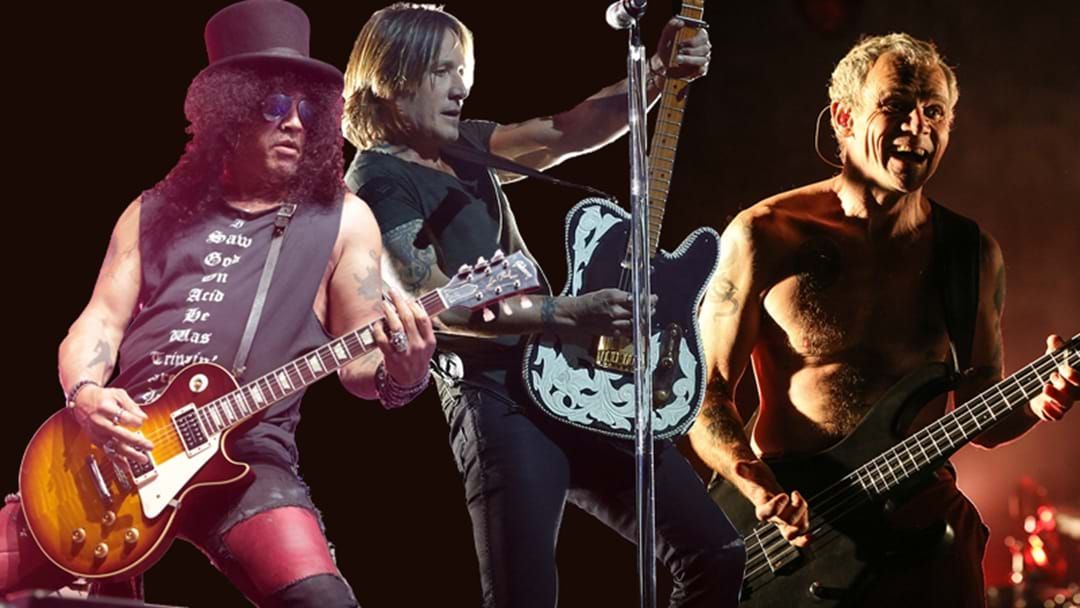 KISS will be heading to the Brisbane Entertainment Centre on Thursday 28th November.

Rock legend Slash and his band Myles Kennendy & The Conspirators are bringing their new album ‘Living The Dream’ to the Brisbane Convention & Exhibition Centre on the 30th January for a one night only intense, high energy performance!

The Eagles World Tour is soaring into the Brisbane Entertainment Centre in March with their smash 70s hits we all know and love! The band has sold over 150 million albums, scored #1 albums and topped the singles charts 5 times.

Red Hot Chili Peppers will be playing at Brisbane Entertainment Centre on the 25thFebruary.

Catch Maroon 5 at Brisbane Entertainment Centre on February 19th when they return with special guest CXLOE on their ‘Red Pill Blues World Tour’. The band is one of pop music’s most enduring artists and biggest acts, with 3 Grammy Awards under their belt, and having been named “the most successful group in the history of the Billboard Hot 100”.

Who doesn’t remember singing along to the iconic Nickelback hits like ‘How You Remind Me’ and ‘Photograph’? Well in February you’ll get the chance to hear the band rock out their latest music and biggest hits at the Brisbane Entertainment Centre.

The international musical legend Phil Collins is bringing his tour ‘Not Dead Yet’ to Suncorp Stadium on January 19th. With a career that has lasted over 50 years as a solo artist and a member of Genesis, Phil Collins is a must-see live performer. Don’t miss out!

All-in-all 2019 is set to be a HUGE year for live music here in Queensland, and we can’t wait for it to kick off!