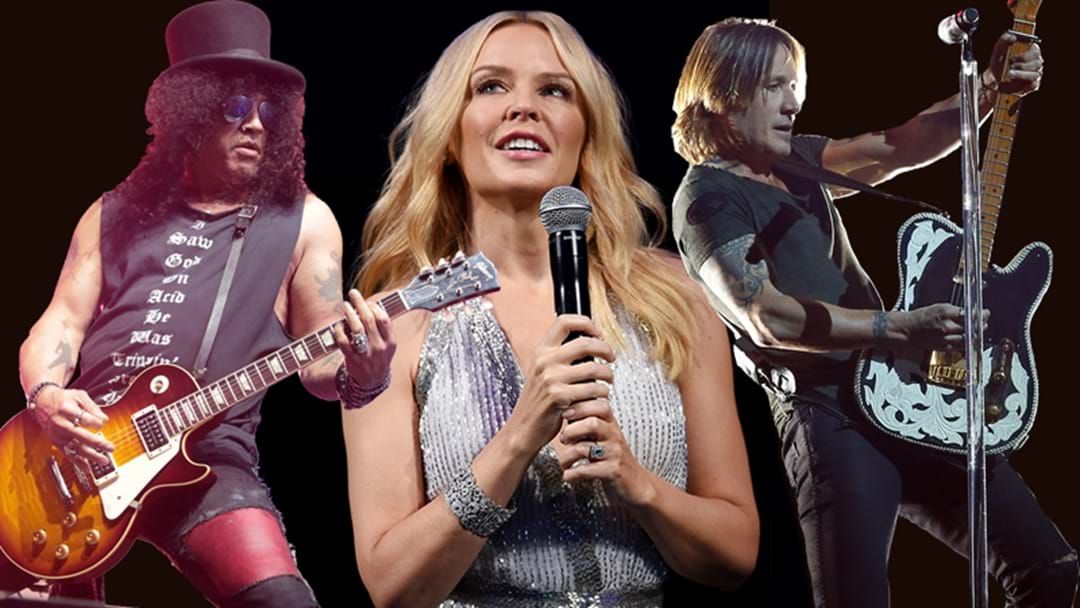 KISS will be heading to the Coopers Stadium on November 19th.

Our Aussie pop princess Kylie is bringing her Golden Tour to Adelaide Entertainment Centre Arena in March. It’s her first line up of shows since 2015’s Kiss Me Once Tour, and promises to be a “unique and captivating” performance, “connecting all Kylie’s hits into one glorious story”.

The international musical legend Phil Collins is bringing his tour ‘Not Dead Yet’ to Adelaide Oval in January. With a career that has lasted over 50 years as a solo artist and as a member of Genesis, Phil Collins is a must-see live performer. Don’t miss out!

And if you’re thinking of taking a trip to visit our Victorian neighbours, here are just some of the shows happening right next door!

Catch Maroon 5 at Rod Laver Arena on February 22ndwhen they return with special guest CXLOE on their ‘Red Pill Blues World Tour’. The band is one of pop music’s most enduring artists and biggest acts, with 3 Grammy Awards under their belt, and having been named “the most successful group in the history of the Billboard Hot 100”.

All-in-all 2019 is set to be a HUGE year for live music here in South Australia, and we can’t wait for it to kick off!