The Angels & Baby Animals Team Up For A Split Single 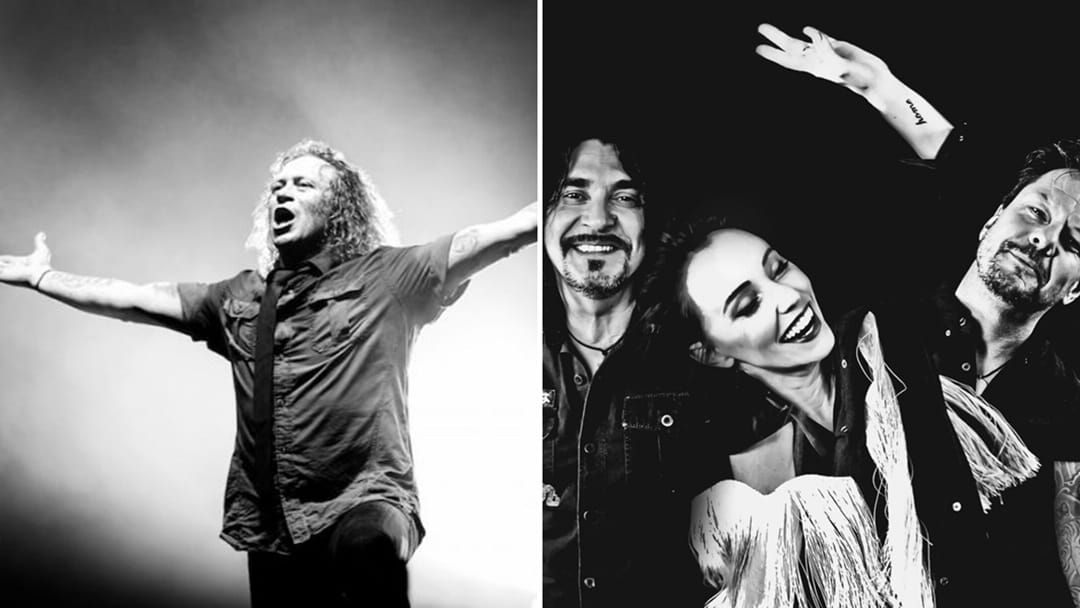 Iconic Aussie rock bands The Angels & Baby Animals are teaming up AGAIN! This time, for a split single & co-headline tour.

You might remember Baby Animals supporting The Angels on their 'Dogs Are Talking' tour, which happened to be Baby Animals' first big tour. Now, nearly 30 years later, the bands are hitting the road again and are releasing a brand new single - with a twist.

The split single sees The Angels covering ‘One Word’ from Baby Animals’ chart-topping self-titled debut, while Baby Animals deliver a blistering version of The Angels’ Face To Face classic ‘Marseilles’. The best part? You'll be able to hear the collaboration all Oztober!

‘One Word’ was one of five hit singles from Baby Animals’ self-titled album, which spent six weeks at number one. ‘Marseilles’ was The Angels’ highest-charting single in the US, where it became a favourite of Guns N’ Roses, who have covered the song live.

The Angels guitarist Rick Brewster has been a big Baby Animals fan since that initial 1990 tour.

“They were one band that I watched every night, I was just so impressed,” Rick says.

“And I feel the same way about them now. Suze [DeMarchi] is just a monster, an incredible singer. Davie Leslie is one of a handful of guitarists in Australia that I really admire – I just love the way he plays and performs. Dario Bortolin is a fantastic bass player, and he even filled in with us once when Sam [Brewster] couldn’t do a gig. And Mick Skelton is a great drummer and a great mate. We’ve always said “wouldn’t it be great to do another tour with Baby Animals”, and now it’s finally happening.”

When The Angels set out to cover ‘One Word’, there was some slight nerves. “I think Dave [Gleeson] was worried that he wouldn’t be able to reach the high notes,” Rick says.

“But he did it in three takes and we could have used any one of them, he just blitzed it.”

The Angels & Baby Animals will be playing at our Oztober Garage Session. It’s a 31-day celebration of Australian music for the whole month of October…and it ends with something HUGE! Triple M’s epic Garage Session with The Angels, Baby Animals, Diesel & Boom Crash Opera performing live in Melbourne on Thursday October 31 and we want you there on us!

Catch up on Oztober with The Angels frontman, Dave Gleeson here:

Two generations of Aussie Rock, Dave Gleeson and Matty O bring you the Oztober Aussie Lunch every day this month, talking to Australia's best musicians and sharing stories from the road.
OzTober is a 31 day celebration of Australian music for the month of October that ends with a huge Triple M Garage Session with The Angles, Baby Animals, Diesel & Boom Crash Opera performing live in Melbourne on Thursday October 31.
Triple M Aussie music lovers across Australia can enter to WIN their way to this huge live music event, Oztober Garage Session by simply entering on the Triple M / mix94.5 / Gold FM / 2GO app.
Download our app from iTunes or Google Play