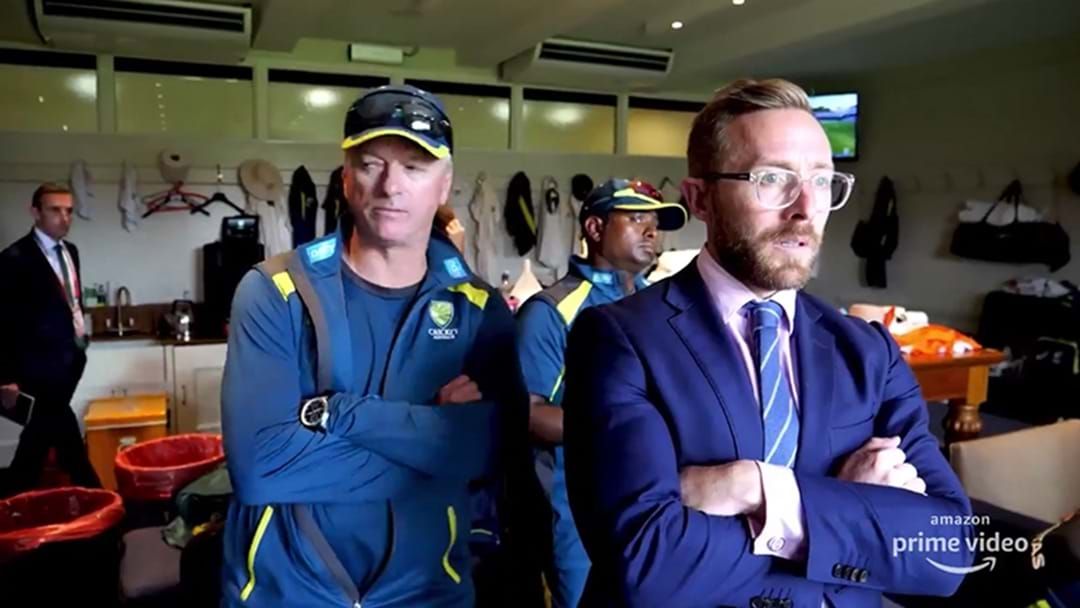 A new in-depth documentary of Australia’s 2019 Ashes triumph is set for release in March, and a sneak preview has shown the intense scenes in the Aussie dressing room when Jofra Archer hit Steve Smith in the neck at Lord’s.

The footage shows Smith getting hit on the arm by Archer, then the neck as he tries to evade another short ball.

It shows the tense scenes in the dressing room as the rest of the touring party tries to assess how badly hurt Smith is and the silence as he comes back in.

The full series, called The Test, will be on Amazon Prime Video from March 12.