A literal need for speed 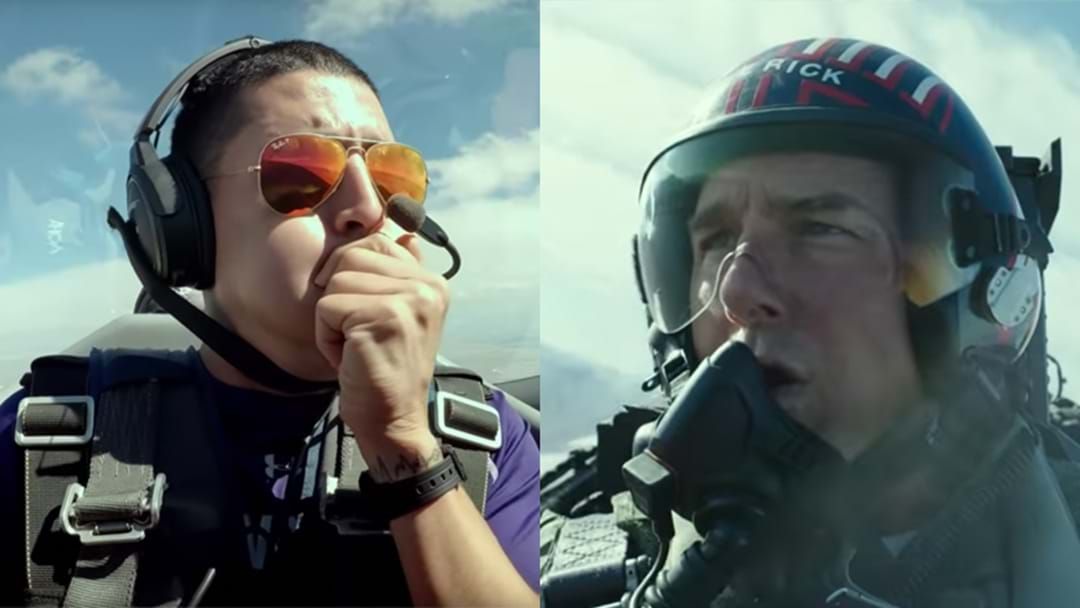 He's famous for doing as many of his own stunts as he physically can, so it should come as no surprise that Tom Cruise put his foot down when it came to filming in a fighter jet.

The 57-year-old is reprising his original role in Top Gun: Maverick more than 30 years after the original aired, which meant climbing back in the cockpit for some fairly jaw-dropping manoeuvres.

And now, in a special behind-the-scenes, we get an idea of just how intense the experience was for not just Cruise, but every other cast member required to get in a plane.

Because none of it was CGI; they shot it in an actual fighter jet.

“You just can’t create this kind of experience unless you shoot it live," Cruise said. "In order for us to accomplish this, we have the greatest fighter pilots in the world working with us.

"[It's] aggressive. You can't act that, the distortion in the face. They're pulling seven-and-a-half, eight Gs. That's 1,600 pounds of force."

Co-star Miles Teller, who plays Goose's son in the sequel, said that no-one thought they'd actually be doing the jet scenes live - until Cruise got involved.

"Putting us up in these jets, it's very serious," Teller said. "That's why everybody thought it would be impossible.

"And I think when Tom hears something is impossible, or it can't be done, that's when he gets to work."

That doesn't mean Cruise was spared a cockpit spew, though.