StuffThe Blokes Behind That AFL Grand Final Streaking Prank Have Spoken Out And If They're One Thing, It's Not Sorry

The Blokes Behind That AFL Grand Final Streaking Prank Have Spoken Out And If They're One Thing, It's Not Sorry

They're facing court next month 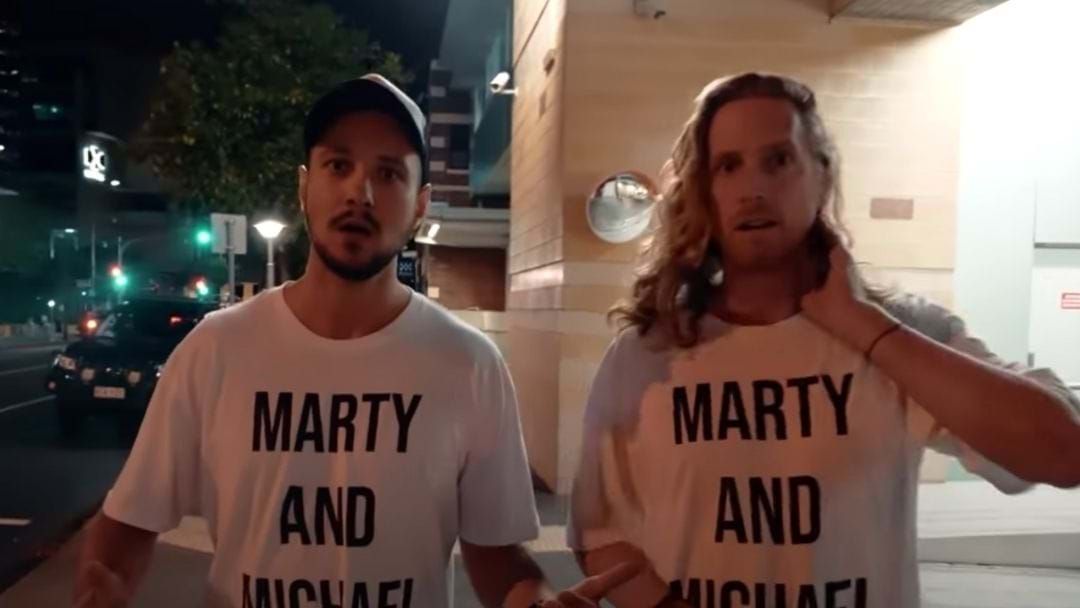 The 2020 AFL Grand Final between the Richmond Tigers and Geelong Cats was memorable in more ways than one, from the high number of injuries kicked off early in the first quarter all the way to Dustin Martin receiving his third Norm Medal.

Amidst the action packed game, you might remember that incident in the first quarter where two fully clothed men ran onto the field with their own AFL balls to each kick a goal before being arrested.

While viewers threw around different theories as to the reasoning behind the stunt, such as a staged protest, the pair didn't waste any time identifying themselves on social media as the comedy duo Marty and Michael.

AFL fans definitely had mixed reactions to the prank, with many slamming the duo for their attempt to build their following at the risk of interfering with the game in the comments of their social media posts.

The YouTubers released a video documenting the stunt, including the lead up and preparation and the celebration at their success.

The video reveals that the pair bought tickets to the Grand Final with the sole intention of scoring a goal on the field.

They also offer a half-hearted apology to "anyone who got offended" adding,

The duo, who currently have 1.2 million Instagram followers, will face Brisbane Magistrates Court on December 7.