Delays on all services. 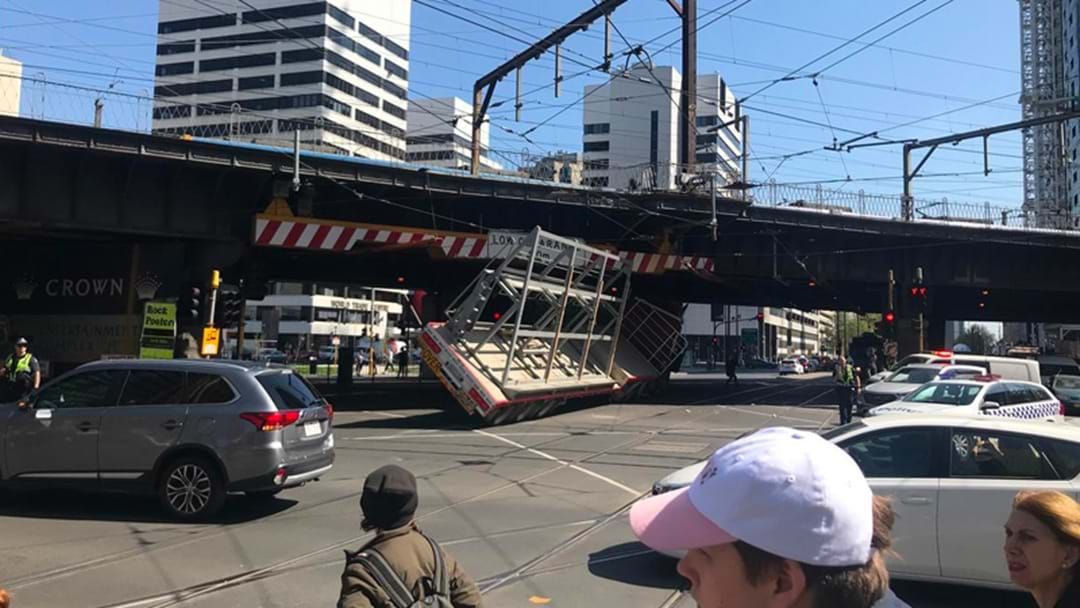 There are minor delays on Melbourne's train network after a truck collided with the rail bridge connecting Southern Cross and Flinders Street stations.

The bridge - which oversees the intersection between Flinders St and Spencer St - had a truck collide into it on Thursday afternoon.

Metro Trains advised all services would face delays and service alterations due to the incident, which affects the city loop.

Police are currently at the scene.