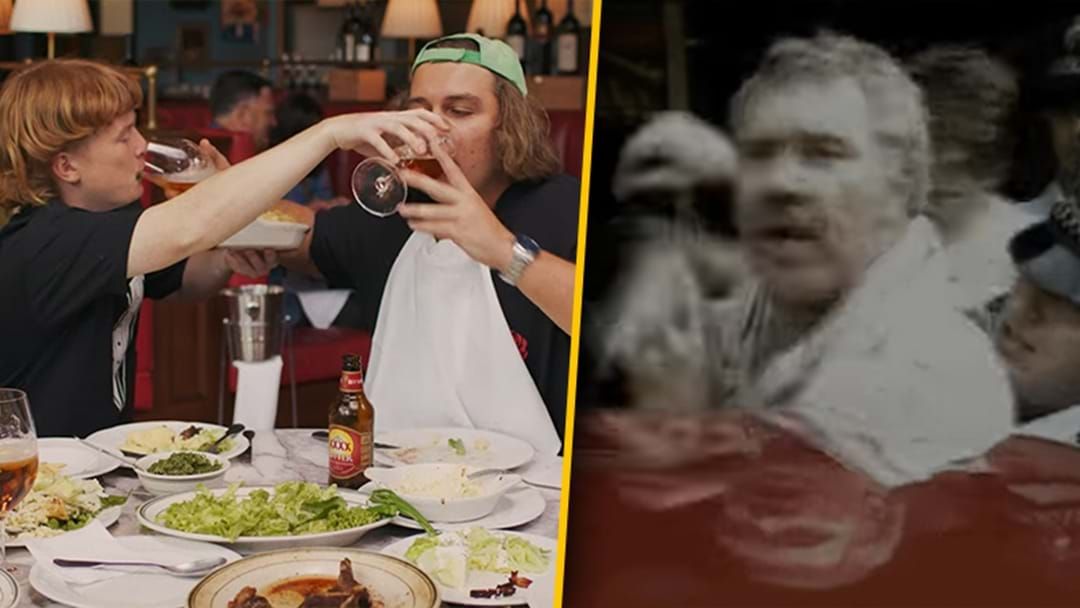 Young Aussie rockers The Chats appear to have recruited the actual guy from the viral “Succulent Chinese Meal” video for the video for their new track Dine N Dash.

Compare and contrast with the original video:

The succulent Chinese meal guy — real name Paul Charles Dosza — is a famous dine and dasher himself, who was arrested many times for not paying for meals.

Almost as interesting as the original video is the fact that it’s disputed as to whether or not the footage is of the real Dosza — it’s thought it may be a television reenactment of one of his arrests.

Dosza himself is believed to have died in the early 2000s.