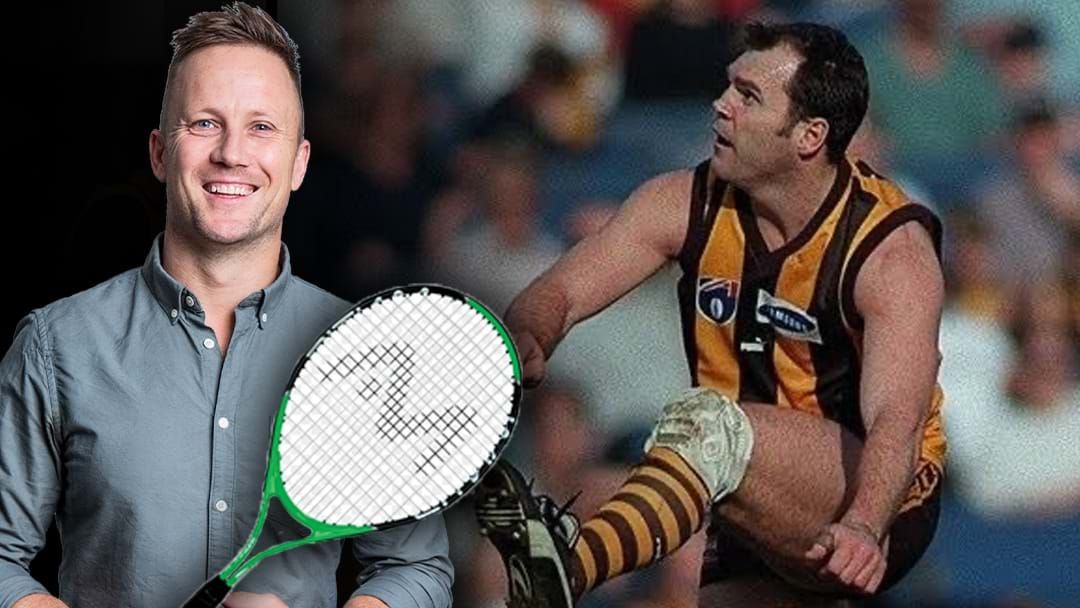 Upon Jason Dunstall's return to the Friday Huddle lineup, exclusive audio and interview revealed the extent of a hamstring injury which occurred during a game of tennis.

Triple M Footy's Nathan Brown enjoys his weekly tennis practice with the Chief. However, the Hawthorn great will now be sidelined until further notice!

Tom Browne caught up with the man himself to uncover the drama...

Chief was questioned over the incident, and whether or not it would impact his in-demand dating life!

"No tennis for three months, minimum" was all that he provided, as the Friday team backed over their exclusive information.

"I find you gents mildly amusing..."