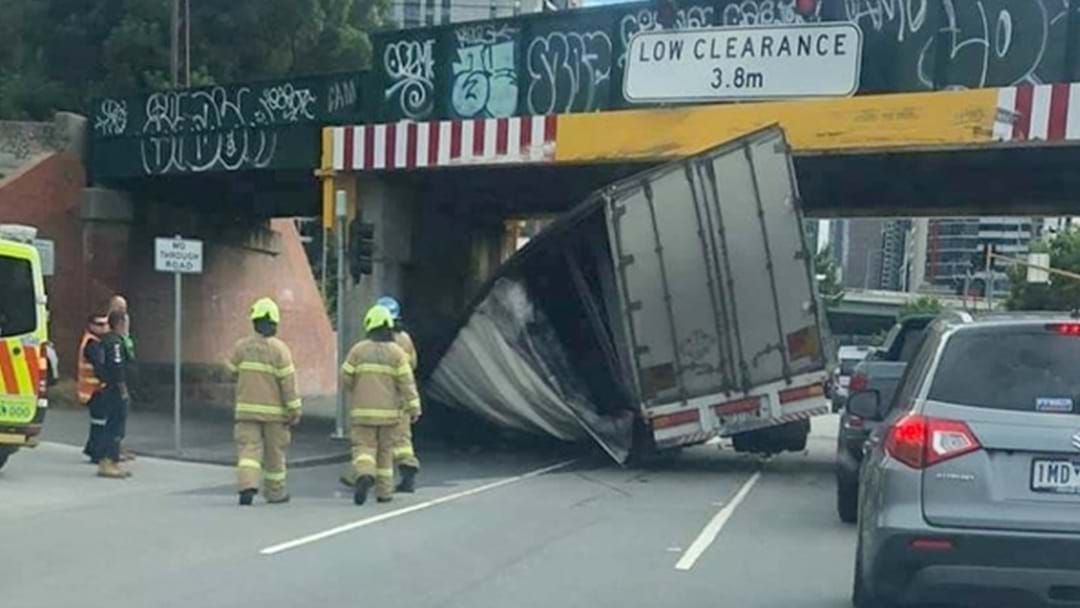 Do we have a new contender?

The City Road Bridge has staked its claim - again - as one of Melbourne's most notorious, dishing out a clothesline from hell to this poor unsuspecting truck.

The incident on Tuesday morning right around the corner from the reigning undisputed champion Montague St Bridge did some reasonable damage to this truck, as a photo on social media revealed.

The road was closed in both directions, while the 96 tram line overhead has also been delayed, according to Yarra Trams.