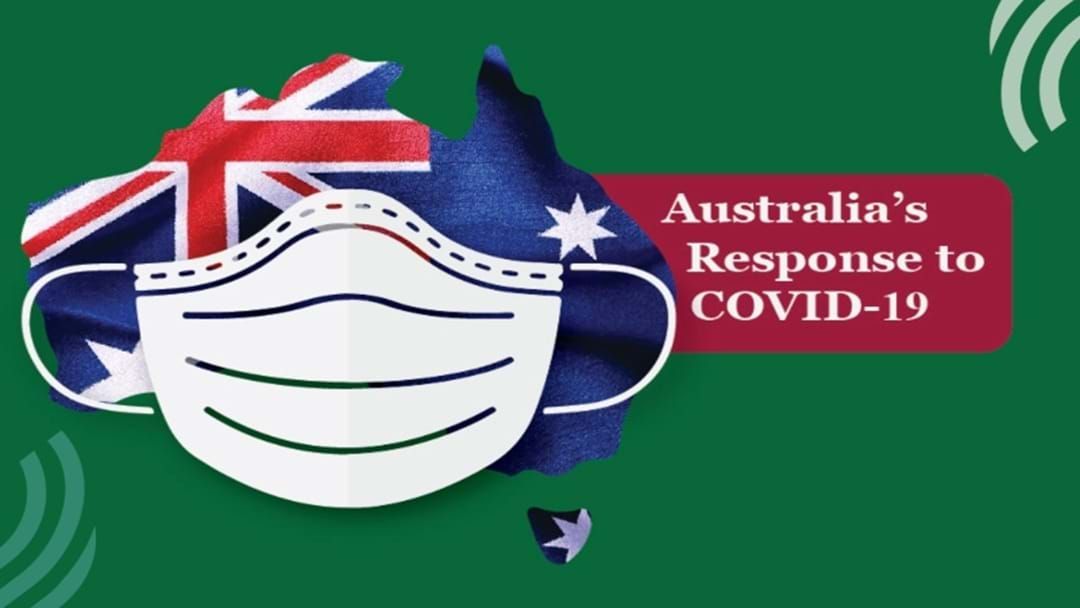 A country divided, is the stark outlook for Australia this week, amid varying targets and expectations.

From Victoria’s jubilation as it exits the world’s longest lockdown; to NSW welcoming the world to stay and rediscover; or to the Prime Minister who continues to preamble on every issue, the ‘push me, pull you’ predicament plaguing the nation continues to keep Aussies in a perpetual state of fright or flight.

Disparities are evident in even the most measured of ways with eastern seaboard Covid-ravaged states soaring ahead with vaccine targets, while other parts of the country lag, with the ACT rocking the jabs at 95 per cent of people double-dosed, while across the desert sands Western Australia have only 57 per cent of residents fully vaccinated.

But for those states who vaccine rates are sluggish, they have also not had the experience of demolition Delta.

Fatigued by the pandemic, people have lost faith in Australia’s century-old federation, with the Prime Minister and state premiers failing to work together, instead revealing a fractured national identity.

Yet despite, the different experiences of Covid, state-based identities seem to have flourished, with real-time responses delivering visceral, literal, and immediate change.

State pride this week went to risk-adverse Melbournians who were expecting to embark on a seven-day lockdown and instead ended up with 77.

Stay-at-home orders were lifted on Thursday at 11:59pm, some four days after Greater Sydney were released from their second-stage shackles and set free.

Both states’ clearly highlighting freedoms for those who are fully vaccinated.

Furthermore, and with the stars aligned from November 1, residents across Victoria, the ACT and NSW will be able to travel between the three borders, ensuring life for those in Covid-impacted state's get to experience some sort of normality once more.

Meanwhile, Queensland Premier Annastacia Palaszczuk this week delivered a roadmap to reopening, with borders opening to higher risk states from December 17 for those who are again double dosed.

Further west, and in stark contrast, WA Premier Mark McGowan will not bend to the sway of anyone, or anything, as he has once again ruled out opening the border to hotspot states in time for Christmas, instead suggesting that it will be some time next year, once the west hits 80 to 90 per cent vaccination targets.

However, when it comes to international borders, Prime Minister Scott Morrison stepped up to the governing plate, encouraged by NSW Pemier Dominic Perrotet's eager-beaver attitude, sending the two into some playground antics.

Pulling Mr Perrotet into line, the PM redirected the narrative instead to the nation’s economic recovery, announcing on Friday a quarantine free travel bubble between Australia and Singapore.

Heavily focused on vaccinated students, business travellers and visa-holders to fill worker shortages, the deal is expected to be sealed in the coming weeks.

“We anticipate that being able to be achieved within the next week or so, as we would open up to more visa class holders coming out of Singapore, we will see that occur.”

Under the national plan, the country's borders will reopen when 80 per cent double vaccination targets are met.

Furthermore, on Friday, Victoria Premier Dan Andrews announced the resumption of international arrivals from November 1, for fully vaccinated travellers without the need to quarantine.

In anticipation of borders reopening, major airlines Qantas and Jetstar have brought forward planned flight departures for some international routes.

With the tightest border in the country, Western Australia have mandated that travellers from Victoria, NSW, the ACT and Queensland are not permitted to enter without an approval through G2G Pass. While all other travellers are required to provide evidence that they have received their first Covid vaccine and have tested 72 hours prior to departing for the western skies. WA recorded no new Covid cases on Friday.

South Australia continues to keep the gate firmly locked to Victoria, NSW and the ACT. Visitors from Queensland, WA, NT and Tasmania are allowed but must first complete a Cross Border Travel Registration form. There were no new Covid case recorded in South Australia on Friday.

The Australian Capital Territory has closed its border to all of Victoria and much of NSW, outside of border areas in the south-eastern corner of the state. Travellers from all other states and territories need an exemption before arriving. From November 1, however, ACT residents will be able to visit NSW and Victoria. The nation's capital recorded 13 new Covid cases on Friday.

The Northern Territory is closed to travellers from hotspots including NSW, ACT, and Victoria. Travellers into the Territory must get a Covid test will be required to enter supervised quarantine for 14 days at their own expense. NT recorded no new Covid cases on Friday.

To Queensland and they have extended border restrictions to all of NSW except for LGA's along the NSW border bubble. Victoria and the ACT are also considered ‘hot spots’ and are not permitted to enter. While travellers from the NT, WA, Tasmania, and SA must complete a travel declaration form up to three days prior to arriving. The sunshine state recorded no new Covid cases on Friday.

As Covid numbers continue to plateau in New South Wales, the state recorded 345 new infections and sadly five deaths on Friday. Restrictions have further eased for greater Sydney, however regional travel for Sydneysiders is off the cards until November 1. For outsiders wanting to enter NSW, particularly those from Queensland, South Australia, the ACT and Victoria they must all complete a travel declaration form.

Down south and Victoria continues to break records with 2189 new cases reported on Friday and tragically 16 Covid deaths, just as Melbourne emerged from its sixth lockdown. People in Queensland, SA, WA, Tasmania and the NT are all permitted to travel to Victoria. Meanwhile, fully vaccinated people from the ACT and Greater Sydney can now visit Victoria without having to quarantine for 14 days, while cross-border NSW LGAs have been downgraded to a red-zone, meaning cross-border residents can enter Victoria without a permit

Tasmania happily reported no new cases were reported on Friday, after a Covid scare shunted Hobart into a three-day lockdown last Friday. The Apple Isle remains off limits to people from NSW, the ACT, and Victoria, while travellers from South Australia, WA, parts of Queensland and some parts of New Zealand may visit if they don't bring any more nasties with them.