The Cure Bring The B-Sides For Disintegration Anniversary Show 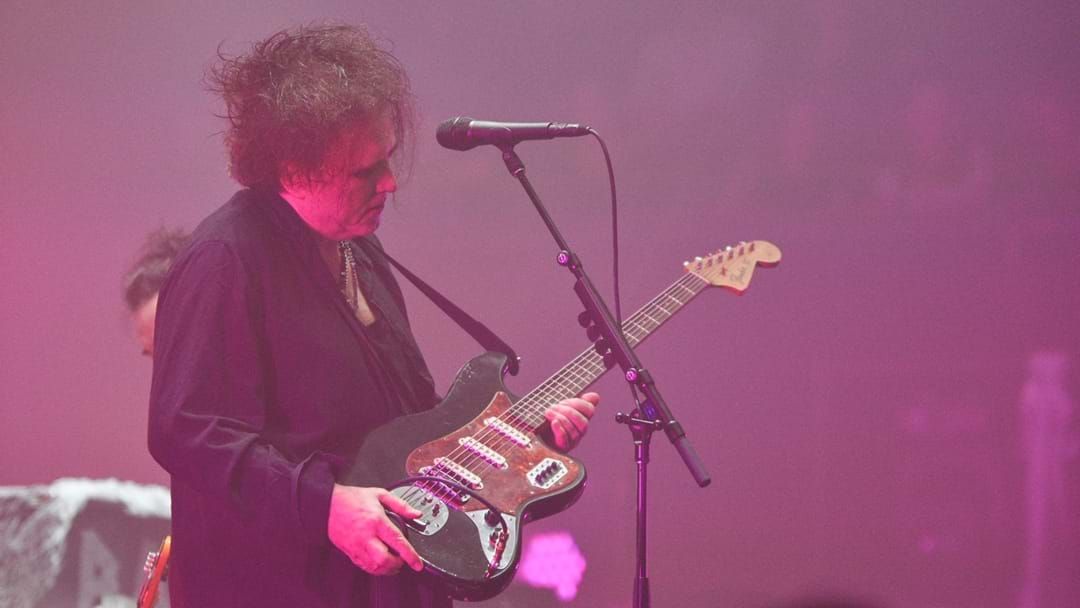 Last night Sydney flicked on the lights for Vivid 2019. The Harbour Bridge and Opera House were lit up with incredible neon art, huge spotlights shining across the harbour and into the clouds, and Vivid live kicked of inside the Opera House, with The Cure.. fitting timing, as the day before was ‘international goth day’. It’s only been 8 years since The Cure were playing the Sydney Opera House, but for their passionate fans it feels like 20 years every time.

Sitting inside the Sydney Opera House is an amazing experience in itself. The crowd builds, as we wait for Robert Smith and The Cure to hit the stage. The sound-effect of rolling thunder and rain blared through the speakers in the moments before the band came out- a reminder that we were moments away from hearing the epic soundscapes of songs like ‘Prayers for rain’.. this was to be a full performance of the 1989 album ‘Disintegration’, on the 30th anniversary of its release.

The band comes out, the crowd goes bananas. You can feel a special kind of excitement in room, this is going to be something amazing. There’s a quick count from some tapping drumsticks, and we’re into it. The first chord from track one ‘Plainsong’ is struck and suddenly I’m overcome with emotion. It was at this moment I was like ‘fuck!, this is the album that changed my life’. 15 years old again my life was flashing before my eyes.

By the second song I was a mess. Nothing moves you like huge emotive keyboards, twangy guitars and heart pounding drums. During the long and winding intro to ‘Pictures of you’ I’m sitting there rushing through everything I’ve done while listening to this album along the way. It’s one of those albums I’ve never stopped listening to. It’s been with me through high school, leaving home, starting work.. the fourth song of the night ‘Lovesong’ played at the church as I walked down the aisle, and it was this song that got the crowd to its feet.

The creepily funky and spooky dark groove of ‘Lullaby’ had everyone dancing and mouthing the words as ‘the Spiderman came softly through the window with candy stripe legs’. The big keyboard driven epics ‘Closedown’, ‘Last dance’, ‘Same deep water as you’ and ‘Homesick’ were triggers for memories that came flooding back. ‘Fascination street’ was the highlight of the night, it was ‘opening time down on Fascination Street’.. so cool seeing this album being played in full, and in such an iconic theatre. Afterwards, Robert Smith said ‘goodnight, here’s the last song’ and as the unforgettable organ of ‘Untitled’ began to play I took a deep breath and started to come down from the high. It had been a crazy de-frag of memories of moments from my life that this album was the soundtrack to.

After a short break, the band came back and played a bunch of demo songs that never made it on to ‘Disintegration’ with six songs they had never played live before, including ‘Babble’ which I remembered immediately as the B-side to ‘Fascination Street’ and ‘Fear of Ghosts’ that also appeared as a B-side. Robert Smith wrapped it up with a cover of a song called ‘Pirate Ships’ and then they left the stage.

The crowd stayed for a good 15-20 minutes screaming, whistling, stomping feet for another encore even after the house lights came on. But that was it, the end of an insane concert experience and the perfect start to Vivid 2019.

If you're one of the 50,000 fans who missed out on tickets to this tour, you can stream the set Thursday 30th May via the The Cure's facebook page here

Catch up on the best bits on the Triple M App. Download on iTunes or Google Play.