The Final Minute Of THAT Final Loss: What Happened On The Ground?

The Final Minute Of THAT Final Loss: What Happened On The Ground?

Tim Kelly reveals what went down 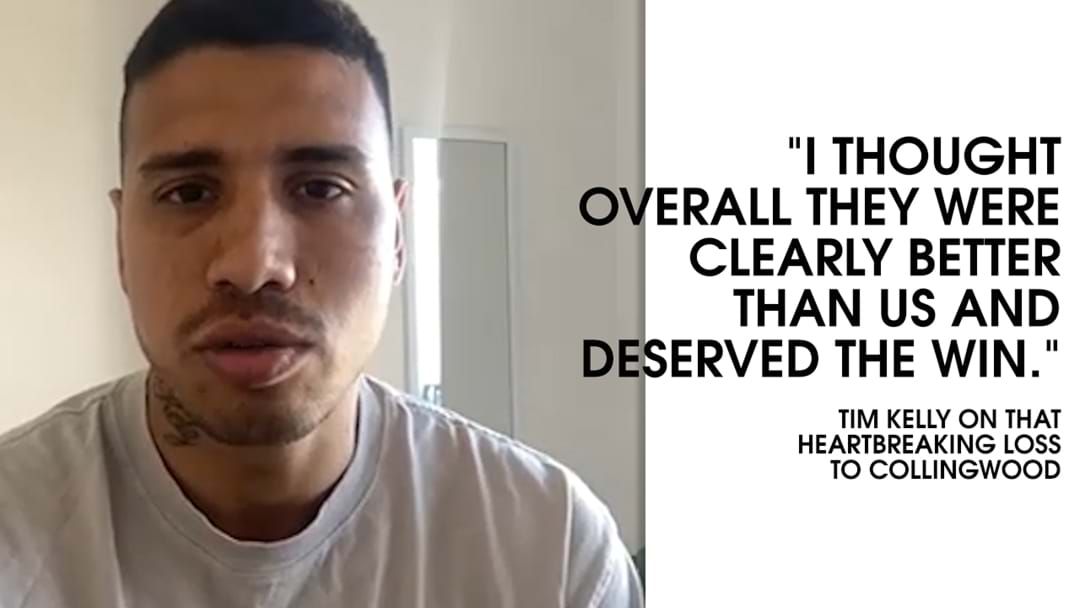 West Coast Eagles' champion mid, Tim Kelly, has revealed what happened within the inner sanctum of the West Coast rooms in the wake of that shock loss to Collingwood in the Elimination Final on Saturday night.

Tim was, as always, classy in defeat.

"I thought overall they were clearly better than us and deserved the win,

"I remember marking the ball and just trying to get the play on as quickly as possible and, that play didn't quite work out for us in the end."

It was an amazing game, one of the games of the season. Despite the loss, West Coast fans can take a lot from the season that has been like no other.

Tim's chat in full - his final chat with CMK for the year - is full of everything you might want to know as a West Coast fan.

Thanks to Tim Kelly for all the insights into season 2020. You legend!