The Full, Complete Dangerous Dave Interview With Jon Bon Jovi That He Never Talks About 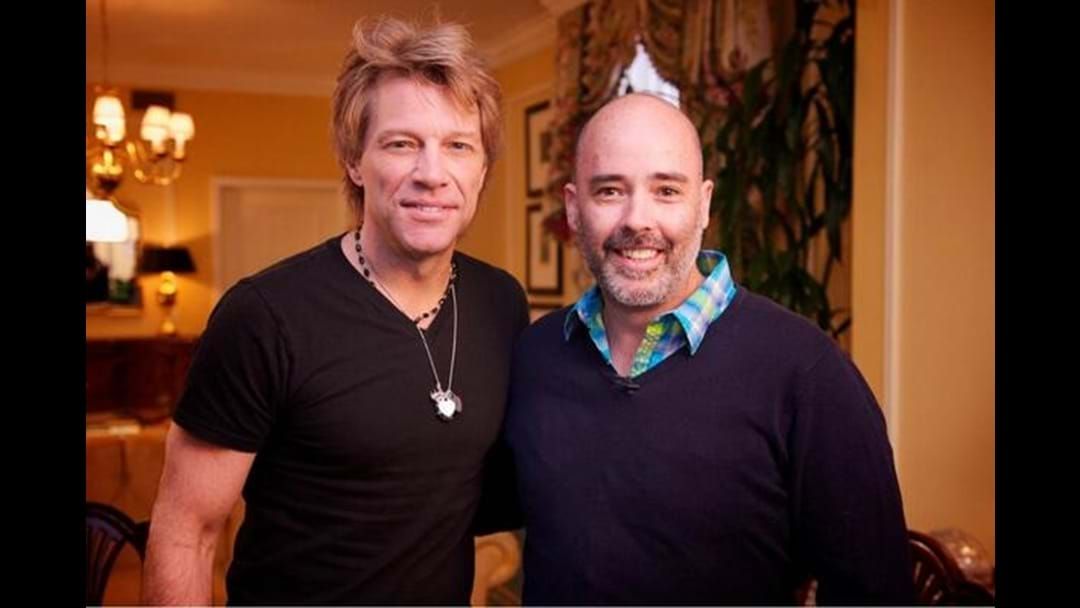 The Kennedy Molloy anchor went all the way to Nashville once to interview the Bon Jovi frontman. Then, on the release of the band's This House Is Not For Sale album and tour, the pair got together again for one of the most talked-about (by Dave) interviews in Triple M history.

We couldn't find this for years, but it just turned up and to be fair to Dangerous, this is pretty bloody cool chat. Especially his hilarious advice to a 25-year-old Jon - Clue: it's about the key change in Livin' On A Prayer.

They speak about everything from making Slippery When Wet, starting out in music, album covers, their love of vinyl, Jimmy Iovine, playing live, and performing in Australia.

It's an absolute must-listen. And it's right here. Enjoy: