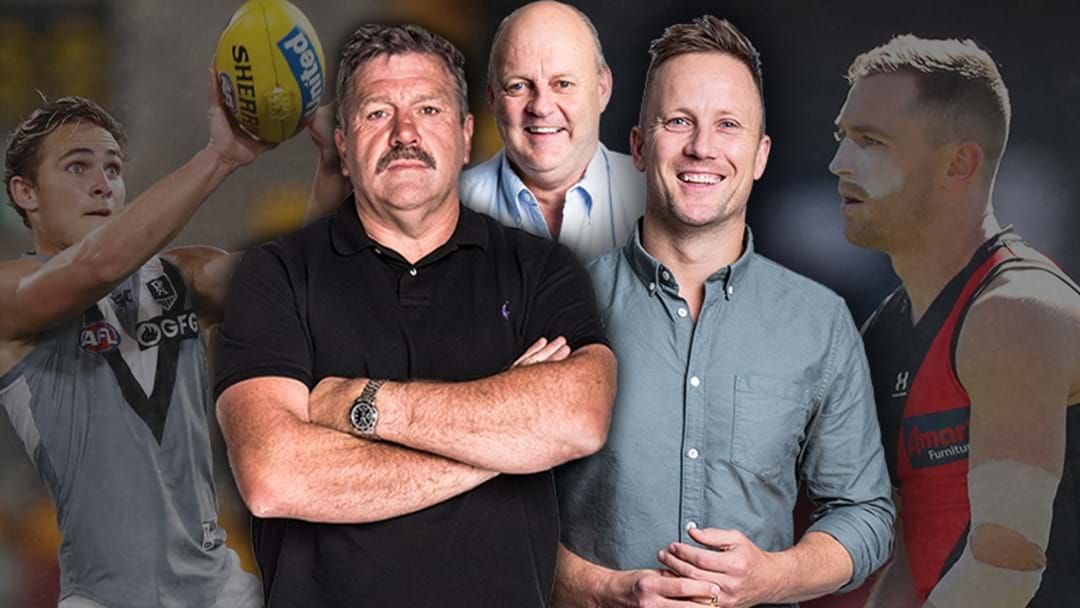 With all the great stuff we do every weekend, it’s understandable if you missed little bits of here and there.

So we’ve put together some of the funniest stuff you might have missed in round 18.

The boys got around Boyd “Boyd Boyd Boyd” Woodcock, deciding his name was like the way the Swedish Chef talks and giving him a new nickname!

Daisy enlightened us on Matt Cottrell’s nickname for himself, and frankly we’re not sure about it…

Bill misread a note Chu passed him about Luke Dunstan’s set shot kicking and the boys gave him plenty for it:

Up at Metricon on Sunday, Browny, Duck and Ross decided Devon Smith had put some mayo on an injury:

When Dan McKenzie was knocked out against Port Adelaide, Bill not only called for the wrong team’s sub to come on but also stuffed his name up:

And again from last week, enjoy some vintage BT as he ribs Joey about all the footy shows he’s on:

Finally, arguably the best of the week — Browny’s Triple Clanger from Friday night.