The Hot Breakfast Reflects On 'The Final Quarter' Documentary

The Hot Breakfast Reflects On 'The Final Quarter' Documentary 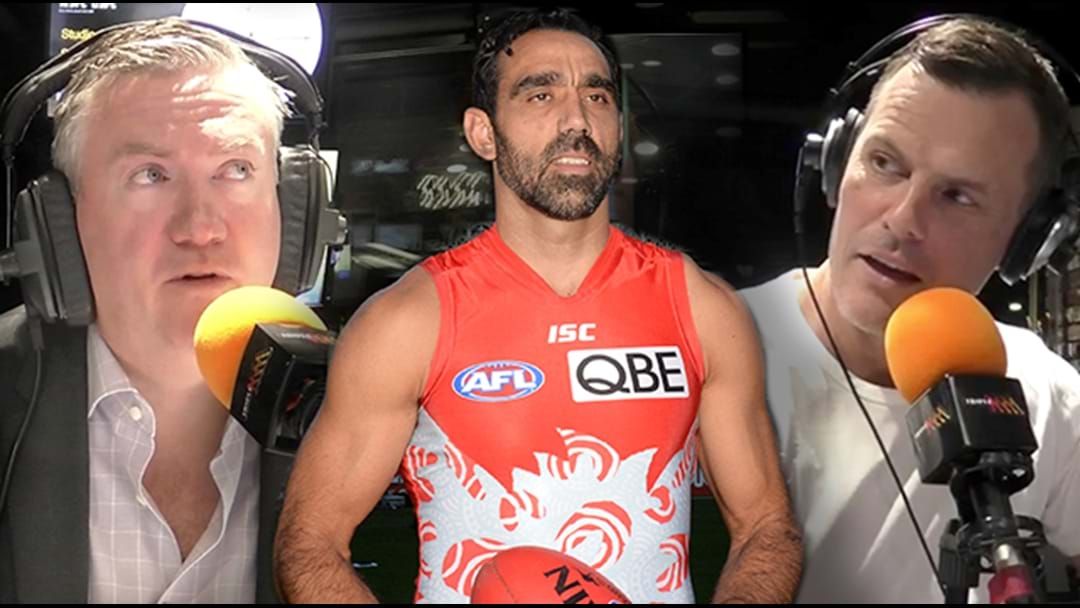 The team on Triple M's Hot Breakfast have reflected on the launch of the Adam Goodes documentary The Final Quarter, with Eddie McGuire labelling it an "eyeopener".

The documentary on Goodes' final years in the AFL was released on Channel 10 last night, and Luke Darcy said on Friday morning he found the film "really emotional".

"He crosses the road to say hello to you, Adam Goodes, that's the sort of guy he is," Drace said.

"I think as an industry we got that wrong at the time."

Eddie said it was a must-watch, offering to host a viewing of the film and a Q&A at his son's school.

"I encourage people to watch this documentary," he told Triple M's Hot Breakfast.

"It’s an eyeopener. And if that’s the bottom line, it’s been a worthwhile exercise."

THE HOT BREAKFAST REFLECTS ON 'THE FINAL QUARTER':