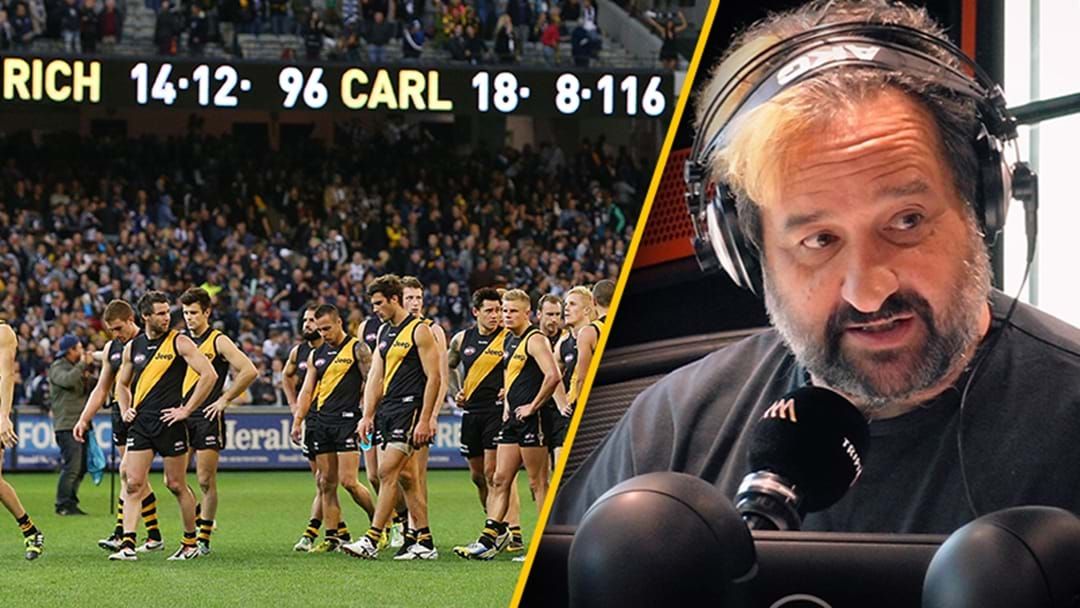 It’s been a fun ride for Mick Molloy as a Richmond fan the last few years, but it hasn’t always been this easy.

During the week, the Hot Breakfast — via Lehmo — revisited Mick’s rant after Carlton beat the Tiges in the 2013, after Richmond led by as much as 32 points.

“One of my favourites. I just don’t understand anymore… it’s indefensible.

“It’s just indefensible. It’s a choke. We choked… they don’t deserve their fans.

“It’s just another classic let down.”

Ed quite enjoyed the audio.

“I miss the old Richmond!” he quipped.