The Killers Are Coming Back To Aus! 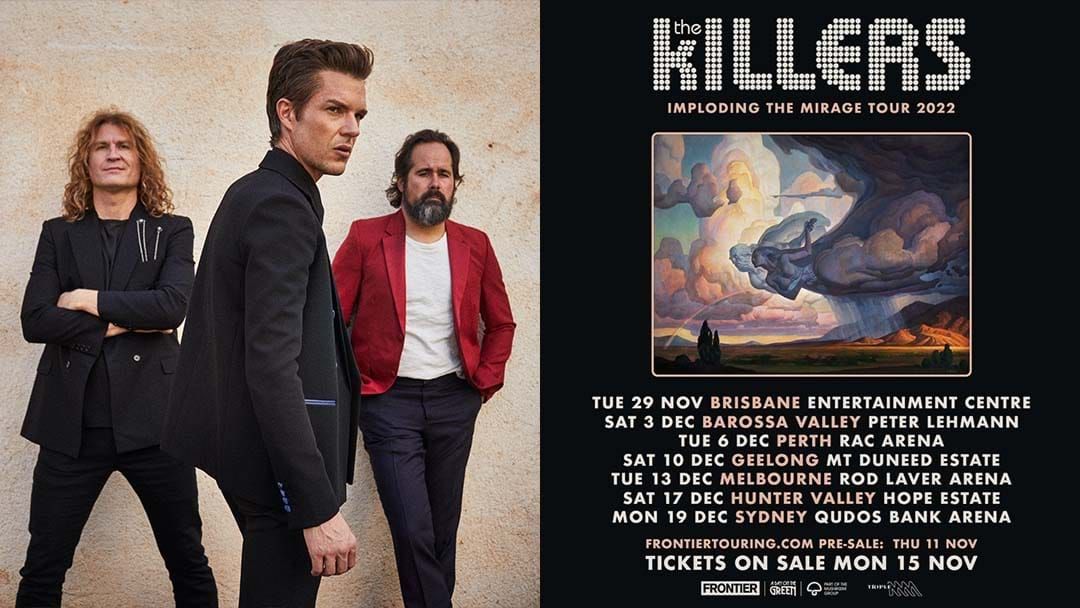 Somebody Told Me The Killers Are Coming Back To Australia!

Triple M & Frontier Touring are thrilled to welcome The Killers back to Australia for a massive seven-date mix of arena and outdoor shows on their ‘Imploding The Mirage’ Tour in November-December 2022. This will be The Killers’ first time back on our shores since their 2018 Australasian tour which included ten completely sold-out arena shows.

‘After the past few years that we’ve all experienced, we're beyond pumped to finally be bringing our ‘Imploding The Mirage Tour’ to Australia and New Zealand in November and December 2022. Aussies and Kiwis know how to show us a good time, and we’ll be coming in primed - this will be one to remember’  - The Killers

The Australia leg of the Imploding The Mirage Tour 2022 kicks off at Brisbane Entertainment Centre on Tuesday 29 November, an outdoor performance in the Barossa Valley, South Australia on Saturday 3 December, Perth’s RAC Arena on Tuesday 6 December and Geelong’s Mt Duneed Estate on Saturday 10 December. The Killers will then perform for audiences at Melbourne’s Rod Laver Arena on Tuesday 13 December, Hunter Valley’s Hope Estate on Saturday 17 December for another outdoor performance and wrapping up at Sydney’s Qudos Bank Arena on Monday 19 December.