The Killers Have Announced Their New Album Is Here Next Month 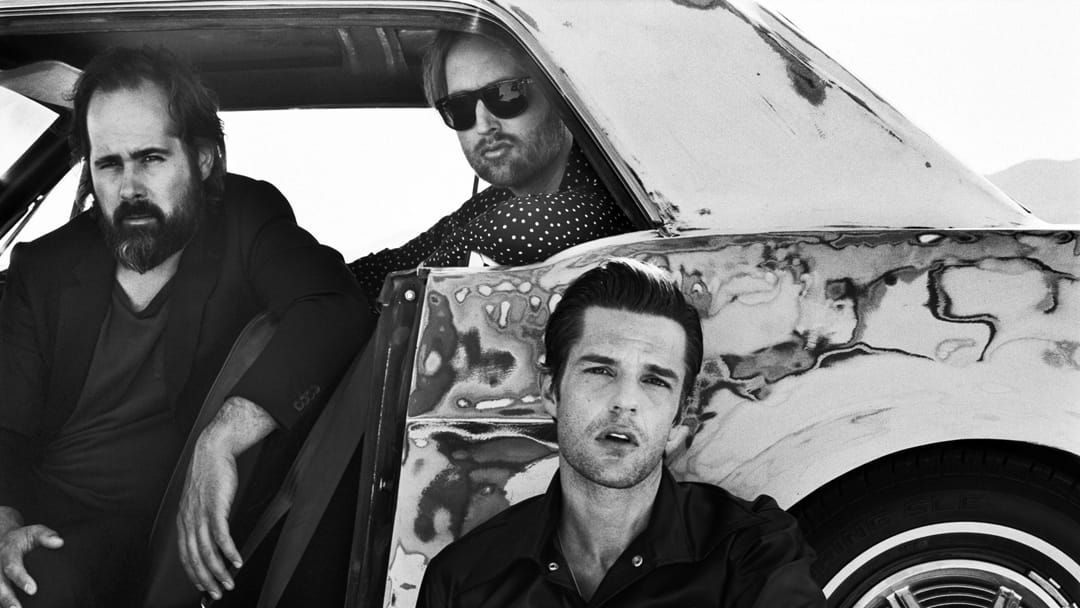 The Killers have announced the details of their 7th studio album today, along with a teaser video for the new release and the announcement of their Imploding The Mirage rescheduled tour dates for North America.

A big day for The Killers, we know the band's new album titled Pressure Machine is available for pre-order now and is out 13th August, yup next month!

After releasing Dustland, a collaboration with Bruce Springsteen last month (read more here), fans have been eagerly awaiting the news of a full length record from the Las Vegas band, the follow up to 2019's Imploding The Mirage.

First off, the album cover of Pressure Machine is a nod to Joy Division's 1980 release Closer, with the same classic white frame and rectangle photograph.

The Killers also dropped a 1 minute teaser video, with audio stories of American's living in small communities, soundtracked by The Killers, along with a shot of the band, including founding member Dave Keuning who has reunited with the band for this new release.

The Killers have taken an honest turn musically over the past few years as frontman Brandon Flowers told Triple M in 2017 ahead of the release of Wonderful Wonderful, and from the feel of that teaser, Pressure Machine is taking it to the next level.
Listen:

Although their Imploding The Mirage tour has been rescheduled, there's no sign of The Killers return to Australia at the moment, but Aussie fans can get their Las Vegas rock fix via live stream this weekend when The Killers play Splendour In The Grass's virtual festival Splendour XR.
Get your tickets here