National NewsThe Largest Cow In Australia's Been Discovered And Bloody Hell, Look At That Thing

The Largest Cow In Australia's Been Discovered And Bloody Hell, Look At That Thing 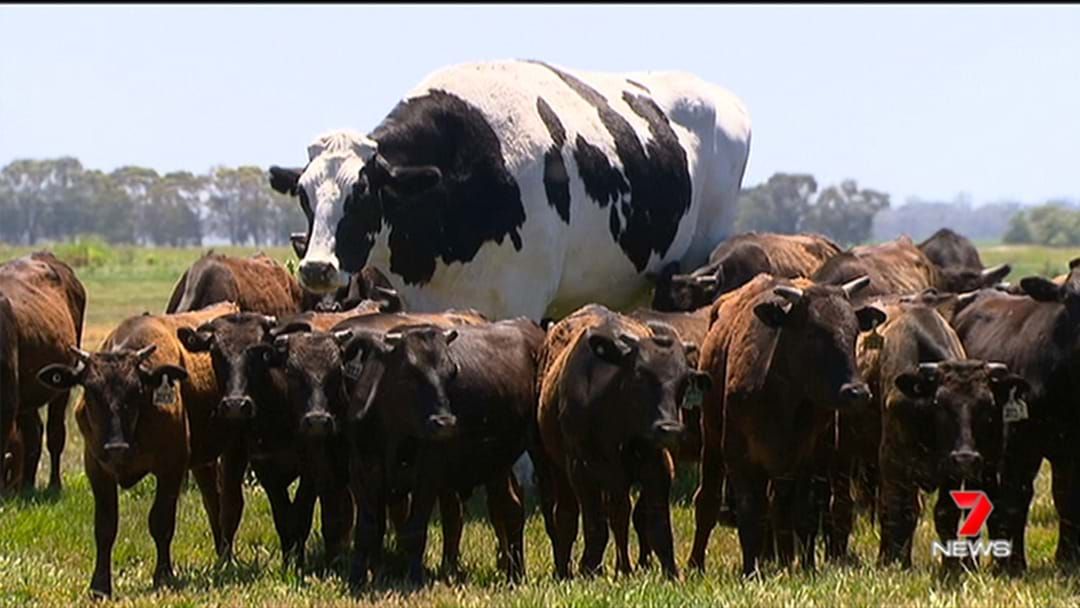 This is one giant bloody cow.

One cow in Western Australia has unofficially earned the title of Australia's largest steer.

The seven-year-old cow, named Knickers, stands at 194 centimetres tall and weighing a whopping 1400 kilograms - in other words, 1.4 tonnes.

It's just straight up huge.

“It was too heavy. I wouldn’t be able to put it through a processing facility,” Myalup cattle farmer Geoff Pearson told Perth Now.

“So I think it will just live happily ever after.”

It's not quite the tallest living steer - that title goes to Bellino, an Italian cow that stands an insane 202.7 centimetres tall when measured in 2010.

I mean, just look at it.