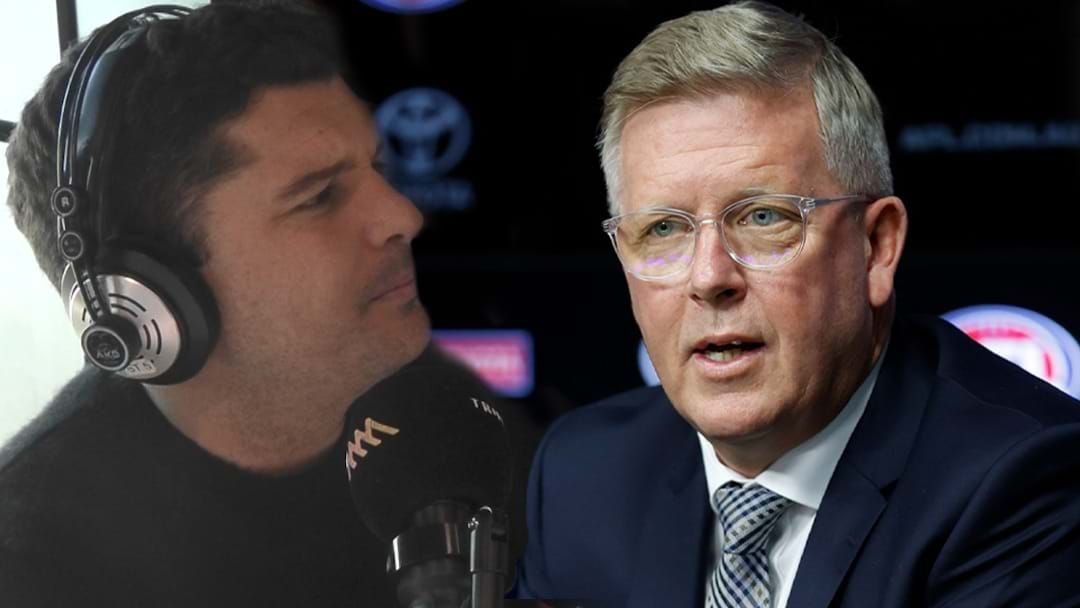 The Midweek Rub discussed Steve Hocking's decision to step down as AFL General Manager of Football Operations, and the imprint he has left on the competition.

Hocking made various changes in his four-year tenure, and will step into the role as CEO at Geelong at season's end.

"Do you think he's left the game in a better state?" Joey asked.

Carey outlined the two rules he would have preferred Hocking have implemented.

Hocking was responsible for the 6-6-6 rule which encouraged positionary starting points, the stationary man on mark rule and more.

The panel discussed the talking point of higher scoring in footy, and how the evolution of "defensive mechanisms" will disallow the overall trajectory of increased scoring.