The Montague Street Bridge Claims Its First Victim Of 2020 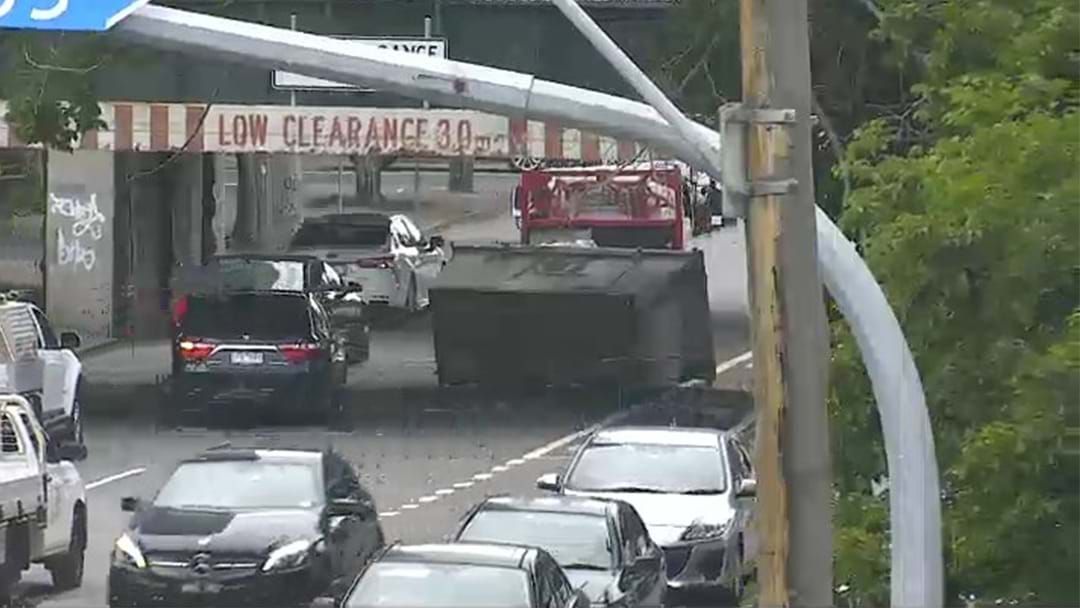 The Montague Street Bridge has officially announced itself in 2020 with a major scalp to start the year.

A truck carrying a large skip attempted to go toe-to-toe with the infamous bridge, but like the many unassuming victims that have come before it, the truck came off second best.

The skip was dislodged from the from the back of the truck causing major traffic delays in the area.

The incident has declared the Bridge's intentions to be the undisputed champ of all inner-city bridges, with City Road Bridge & Napier Street Bridge making a title tilt last year.