And a record fine 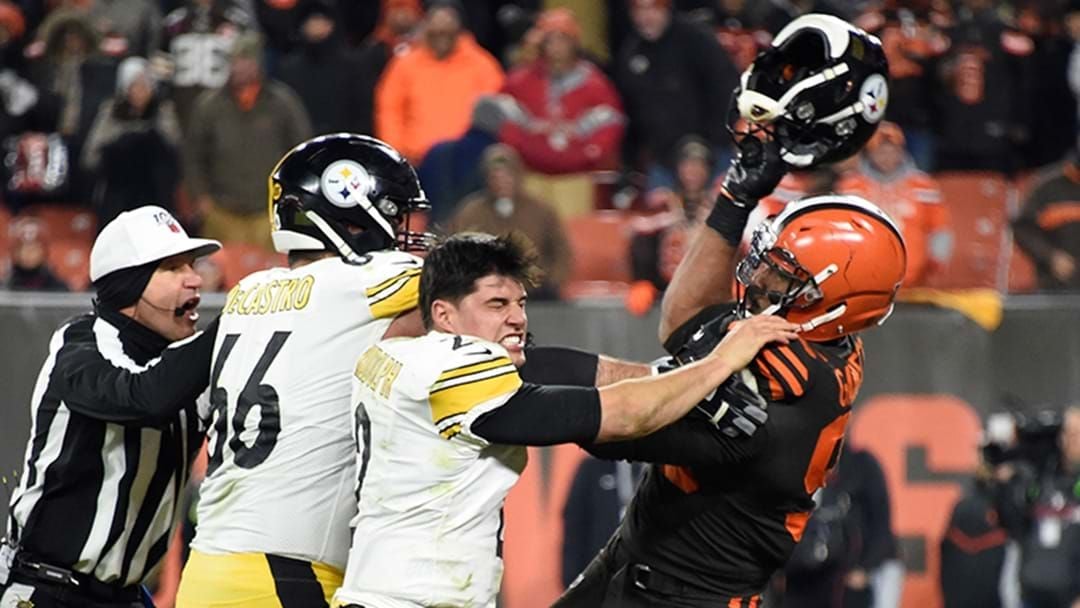 Cleveland Browns defensive end Myles Garrett has copped a huge punishment for belting Pittsburgh Steelers quarterback Mason Rudolph over the head with his own helmet.

Garrett has been suspended without pay and will miss the rest of the regular season and the finals.

"Last night, I made a terrible mistake," Garrett said in a statement.

"I lost my cool and what I did was selfish and unacceptable.

"I know that we are all responsible for our actions and I can only prove my true character through my actions moving forward.

"I want to apologise to Mason Rudolph, my teammates, our entire organisation, our fans and to the NFL.

"I know I have to be accountable for what happened, learn from my mistake and I fully intend to do so."

Maurkice Pouncey (Steelers) was also punished with the NFL handing him a three-game suspension, while Cleveland's Larry Ogunjobi was suspended for one game.