The Perth Mint Is Releasing A Series Of ‘Simpsons’ Themed Coins!

Think of all the peanuts you could buy! 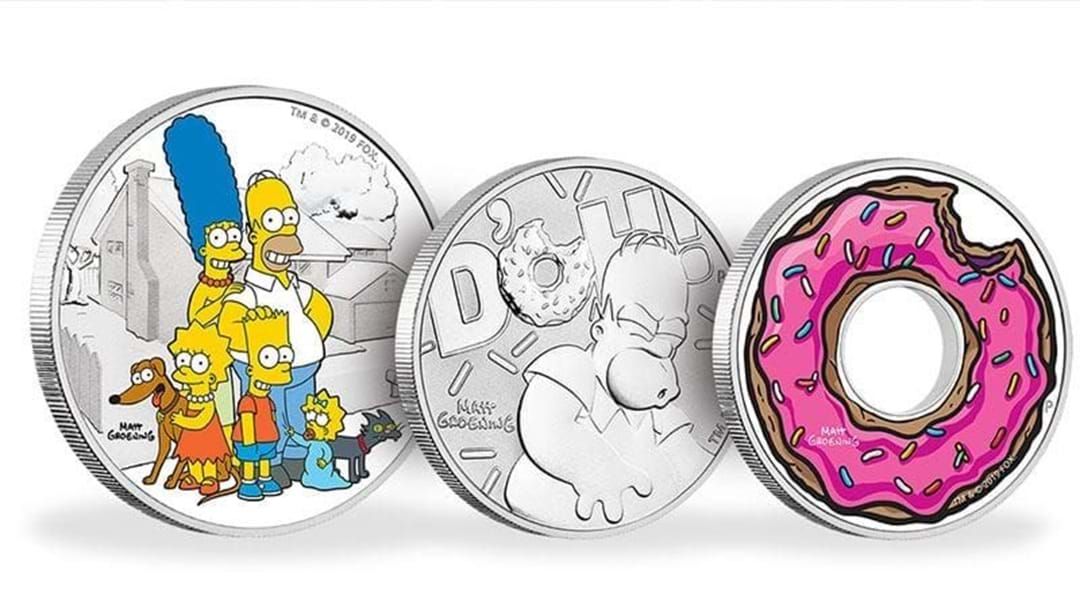 The folks at The Perth Royal Mint have totally outdone themselves this time. They have just announced a series of special edition SIMPSONS collectible coins.

Simpsons fans can expect to see eight coins in total, all depicting an “iconic character or motif from the ever-popular prime time TV series.

“The Simpsons series consists of eight 1oz coins and a 2oz coin superbly struck from 99.99% pure silver,” the Perth Mint explained in a statement released.

“The first three coins in the exclusive offering, which includes a rare investment coin, was unveiled at the prestigious 47th World Money Fair in Berlin, Germany to a global audience of minting organisations, coin distributors, collectors and gift buyers.”

“The sole bullion coin showcases the “D’OH!” above Homer Simpson in his iconic catchphrase pose. A half-eaten glazed donut with sprinkles, Homer’s favourite treat, replaces the letter O in D’OH.”

Completing the series in the coming months, the remaining coins will feature Marge, Bart, Lisa, Maggie and a Duff Beer can.”

THIS COULD BE YOU!

So, where can you get these sweet, sweet, coins?

Be prepared to spend a bit on these sweet treats.  The three featured coins start at $59 - $230 each. That’s some hefty dollerydoo but hey if you’re a fan how much is too much, right?