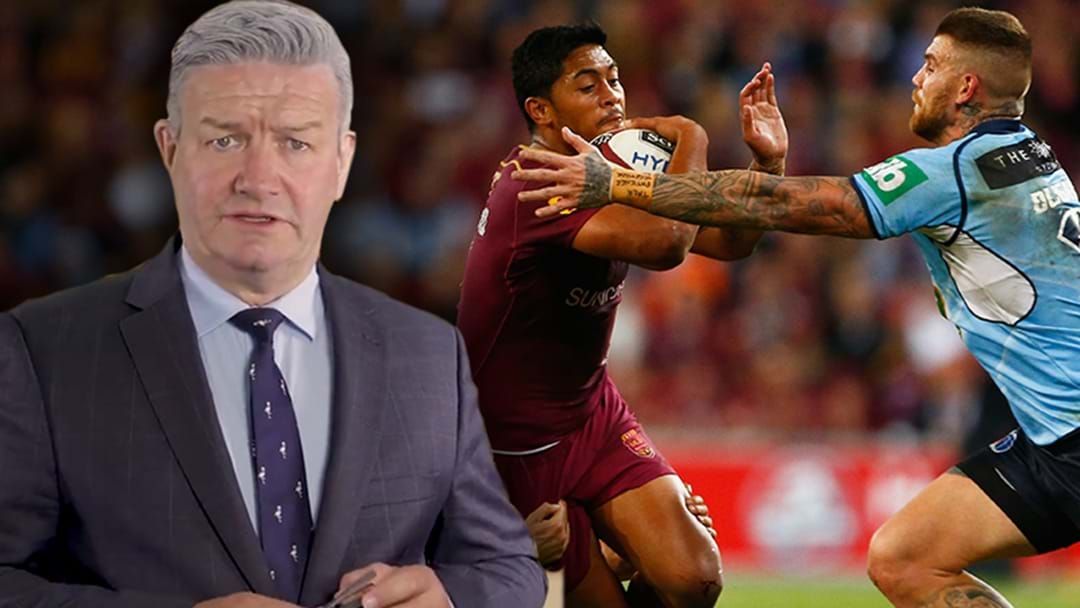 By The Prime Minister Malcolm Turnbull

As Prime Minister of Australia, there’s nothing I love more than some good old sports. And I have to say I think my favourite sport is National Rugby League. It’s just Australian, isn’t it? Pick up a ball, do a run, and put it on the ground behind the try line for a goal. Marvellous.

Soon we’re going to be watching State of Origin when two great Australian states play each other to decide how much better Queensland is than New South Wales. Don't tell anyone I love the Maroons, I just find the colour more appealing.

For you poor Victorians, who won’t understand what State Of Origin even is, all you need to know is that you HAVE to have a team. Get around them. Wave a flag. Do a cheer. All that sort of thing.

To help you decide and get you ready for the big Origin off (as I’m calling it), I’ve come up with a quiz on the origin tradition. Take the quiz below and test yourself against your mates to see who is the best constituent and who really loves their National Rugby League Origin.

Good day and good on you.

QUESTION 1
If you supported the “Cane Toads” who would you be barracking for in State of Origin?

QUESTION 2
Where was Greg Inglis born?

QUESTION 3
The “big three” consists of?

QUESTION 4
The first State of Origin match in Melbourne took place in what year?

QUESTION 5
Which venue was the match played at?

QUESTION 6
How many series in a row did the Maroons crush the Blues?

QUESTION 7
Which former Victorian born player has played in Origin and also represented the Kangaroos and the Wallabies?

QUESTION 8
Which Triple M Footy commentator was famously sent off during an Origin match?

QUESTION 9
Brad Fittler, a former players of my beloved Sydney Roosters is now the coach of the NSW Blues. What’s his nickname?

Born in Toowomba, QLD which NSW legend went on to represent the Blues 13 times?