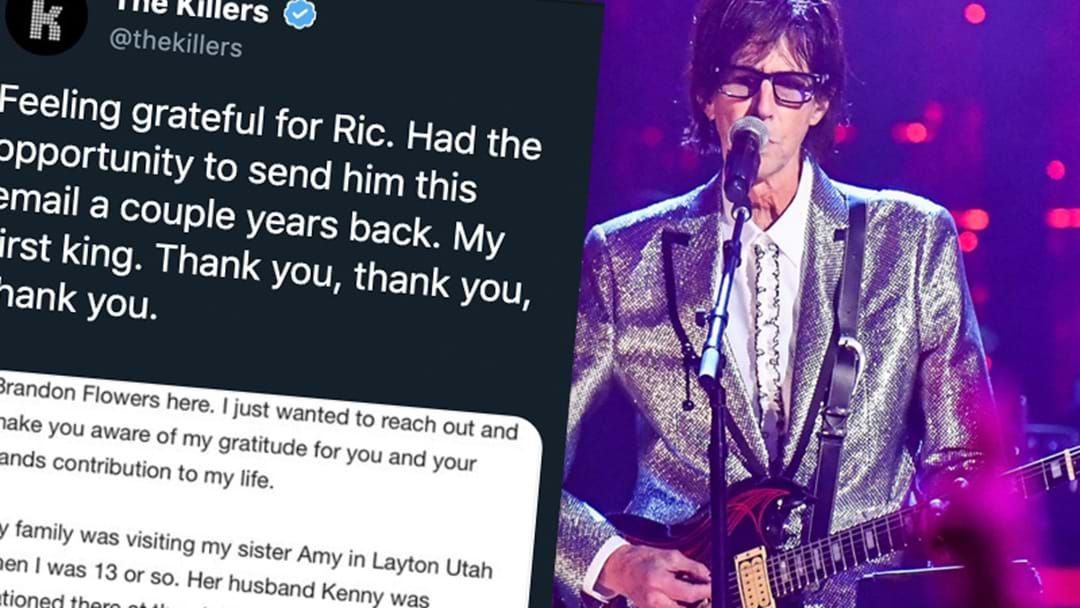 As word spreads about the sad passing of Cars' frontman Ric Ocasek, Twitter is going off with heartfelt posts from artists we know and love, paying tribute to a true innovator and influencer in his time.

We'll start it off with this heartfelt post from The Killers' Brandon Flowers.

Other luminaries such as Richard Marx, Billy Idol and more shared their thoughts.

Ocasek was reportedly found unresponsive in his Manhatten apartment by his estranged wife, Paulina Porizkova. It's understood that Ocasek died of natural causes.