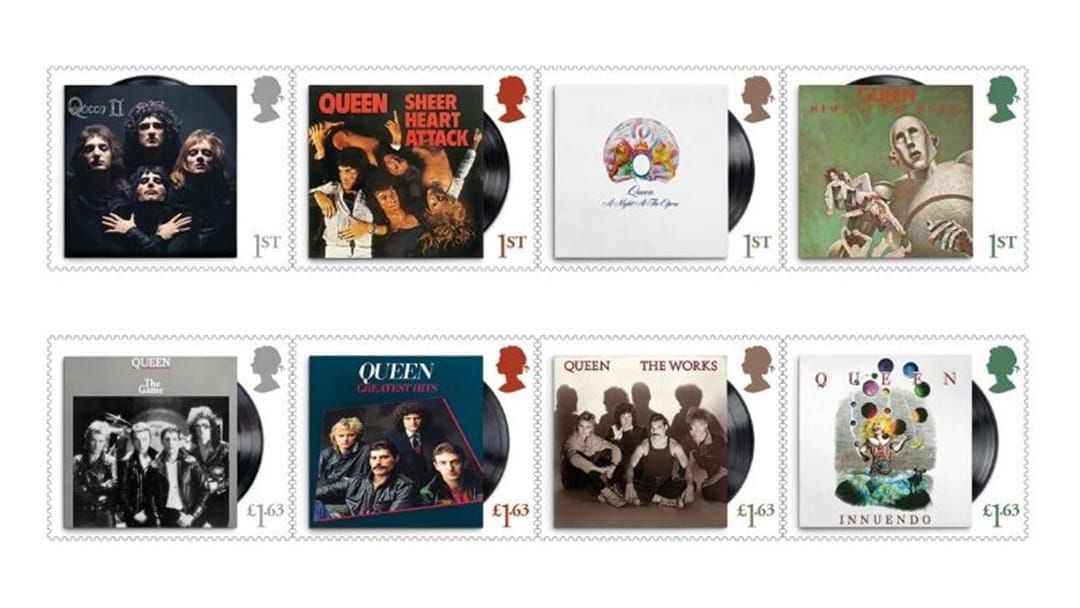 One of the greatest bands of the century are being honoured in the most British way you could possibly imagine.

Much like many other British icons, Queen will be taking their rightful place on a brand new set of stamps thanks to the Royal Mail.

According to the Royal Mail, there will be a set of 13 stamps released as a tribute to the iconic musicians, which will include their most famous album covers as well as some of their most memorable live performances.

Drummer Roger Taylor is undoubtedly enamoured with the news...

"Wow.......stamps featuring our albums! What an honour. We must be really part of the furniture now! Thanks Royal Mail for stamping on us ! In gratitude."

While lead guitarist Brian May had the most wholesome response to the wonderful news, making us ALL a little emotional.

"It’s hard to put into words what I feel when looking at these beautiful stamps. Since we four precocious boys started out on our quest 50 years ago, our lives have been devoted to making our impossible dream come true. Sometimes it’s strange to wake up and realise the position in which we are now held – we have become a national institution! And nothing brings this home more than this incredible tribute from Royal Mail. It’s particularly poignant to look at this collection of images now - now that we are all in a world dominated by a coronavirus, in which none of this could have happened. I just know that I feel an overwhelming desire to own one of these sets! Somehow it will be a way of persuading myself that it really DID all happen!"

The live stamp set will include stills from some of Queen's best live performances such as Freddie Mercury at Wembley Stadium in 1986, Roger Taylor at Hyde Park in 1976 and Brian May in Budapest in 1986.

The live stamp set is brought together by one of Queen's most iconic photographs which was snapped by Johnny Dewe Mathews at the bands first EVER photoshoot.

While the album stamp set will include eight albums from Queen II, 1974 through to Innuendo, 1991.

The group first rose to stardom in the 70's, embracing the glamour and extravagance of the era and ramping it up with unconventional rock hits that to this day, we are still belting out obnoxiously after a few cold ones.

Philip Parker from the Royal Mail says the stamps will pay tribute to the band and give the group the recognition they deserve.

“With their truly original, theatrical sound and effortless ability to mix musical styles, Queen are rock royalty. We pay tribute to one of the most loved bands of all time with these stunning stamps.”

Catch up on the latest in Triple M Rock News below...