Power to do what fingers can't 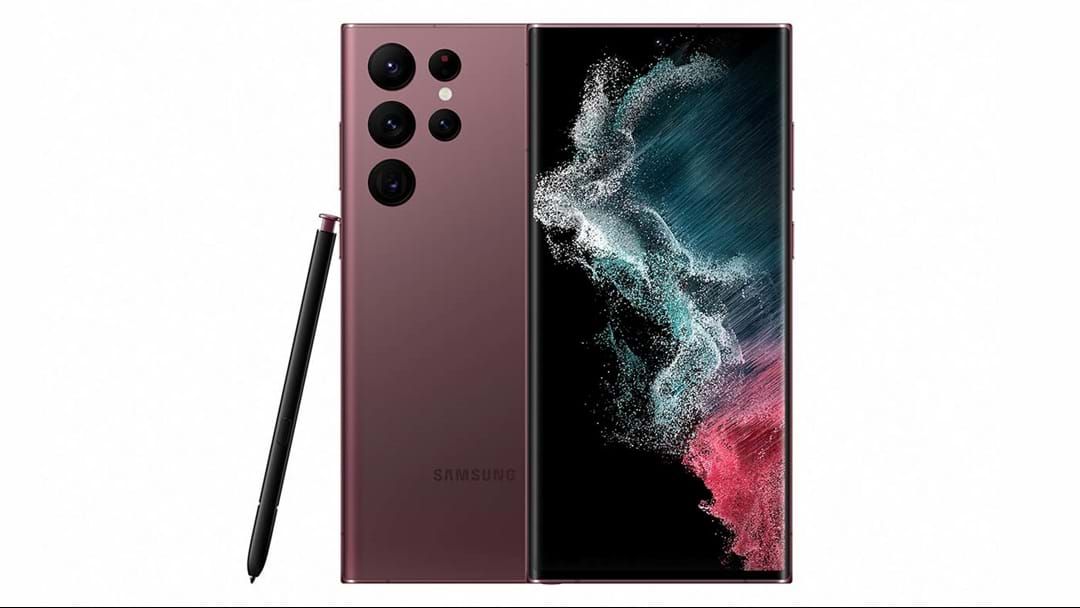 Samsung's Galaxy S22 Ultra is the first Galaxy S series with an embedded S Pen – enjoy one pen with unlimited ways to create. Available now from the Samsung Online Store.

There's a lot to love about Samsung's newest flagship phone, the Galaxy S22 Ultra, we had great things to say in our full review. For everything the phone does right, from its big and beautiful display to its class-leading cameras, it's also packing something pretty special – something inherited from its older brother in the Galaxy Note. While users of other Galaxy models have had the option to purchase a separate S Pen for their devices, the S22 Ultra brings it back in full force as an embedded tool that unlocks the full potential of what the phone is capable of.

Slotted neatly into the underside of the Samsung Galaxy S22 Ultra, the new iteration of the S Pen is a light and shockingly capable accessory that improves greatly upon the S Pen design. For starters, the physical integration into the phone means it won't be lost easily and punters won't need to buy a separate case to store it in. From a use perspective it feels more responsive and natural to use than ever, sports 4,096 pressure sensitivity, charges automatically while inside the phone, connects via Bluetooth and will even alert users if they leave it somewhere by mistake. Rather than just shove a basic stylus into the S22 Ultra, Samsung has evidently gone all out in giving users a premium stylus experience out of the box.

This is most evident when using the Galaxy S22 Ultra for work and productivity, which is where the integrated S Pen really shines. The obvious use case is also one of its strongest offerings – the ability to quickly and easily take notes. It's more than just replacing your typing fingers with something closer to a pen though, the S22 Ultra and its embedded S Pen work together to give you a more tactile and pen-like experience than ever. The fantastic responsiveness of the pen and smart sensitivity on-screen makes writing smooth while intelligently understanding your hand placement and nuances. There's even a unique pen-to-paper sound from the phone itself that reacts to you writing to give you that extra level of tactility.

Whether you're quickly jotting notes on the S22 Ultra's screen (something you can do instantly even from a state of the display being asleep), marking up documents and images or just scribbling ideas for later, powerful hardware and software solutions work together to ensure every stroke feels natural and allows you to be as productive as possible. Intelligent handwriting-to-text in the Samsung Notes app helps you write and store information easily while Smart Select puts better screenshots in the palm of your hand by allowing you to crop, edit and even animate anything you capture. Imagine being able to rapidly and easily grab images and GIFs for inspiration and throw them into a document with a combination of handwritten and text-converted notes on your way to a meeting – the Galaxy S22 Ultra and its S Pen can make that an effortless reality.

It's not all about work either, there's plenty of reason for the creative among us to get excited too. It might seem obvious but the S22 Ultra and S Pen are the perfect combo for creating sharp and compelling art on the go. Samsung even has a specialised artistic app and thriving community ready to go in PENUP, letting artists create digital art with powerful tools and share it with others. It's not just for the seasoned among us either, PENUP comes complete with Live Drawing tutorials and the ability to import and draw over existing images.

If photography is more your thing, one of the Galaxy S22's best features is its outstanding camera with excellent low-light performance, 10x optical zoom and enhanced AI processing, and unsurprisingly the new S Pen can go a long way to making both the shooting and editing experience special. One of my favourite useful tricks for the pen is to use it as a remote shutter thanks to its Bluetooth connection. No more carrying around a separate shutter remote and, if you pair the phone with one of Samsung's official Standing Covers, you probably won't even need a tripod or stick to take great selfies or group portraits from afar.

Once you've snapped those perfect shots, the Galaxy S22 Ultra's photo editing prowess is even more powerful with the S Pen in hand. Whether it's cropping, adding and adjusting filters, managing colours or even removing entire objects from photos, there's a special degree of control afforded by using the pen that taps and finger gestures just can't replicate. You can even use Samsung's unique AR Doodle app to draw 3D creations into life in your own surroundings or draw over images and videos with Samsung Live Messages. These might all be things that Samsung's Galaxy phones are already capable of thanks to their class-leading hardware and software, but the moral of the story hasn't changed – the S Pen beautifully enhances the experience in hand.

The result is that, whether it's about work or play, the Samsung Galaxy S22 Ultra is more than just another phone. Thanks to its powerful features in concert with the new S Pen it's also a journal, a scrapbook, a notepad, an art studio and photo editing suite, a personal assistant and a source of wonder and inspiration. That may sound like hyperbole, but you only need to try it for yourself to see how one little stylus can make for a transformative smartphone experience.