Rock NewsThe Screaming Jets 'All for One' 30th Anniversary Tour

The Screaming Jets 'All for One' 30th Anniversary Tour 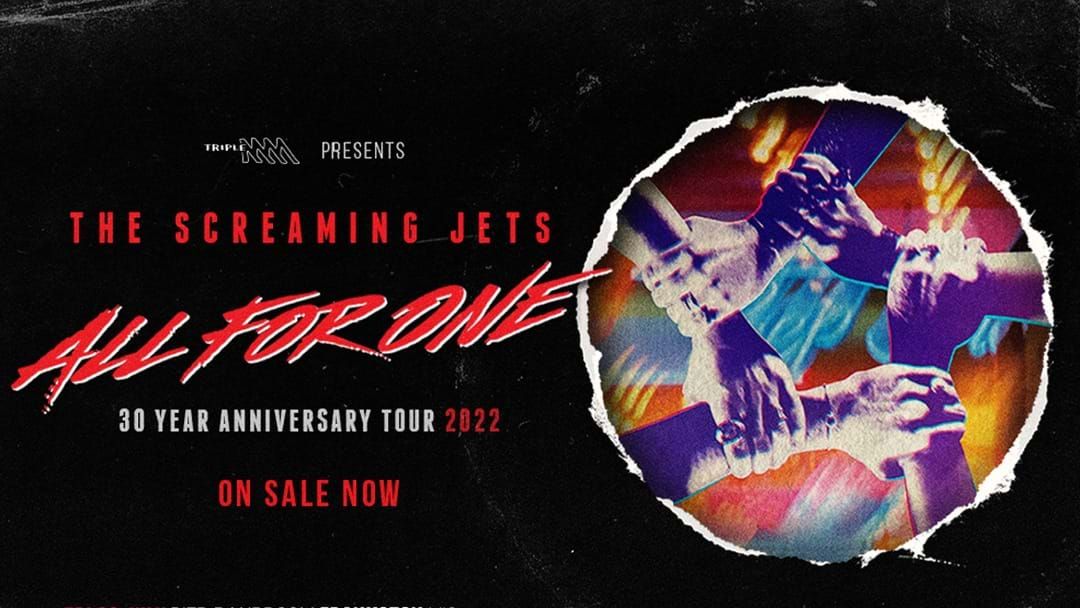 In 1990 five blokes from Newcastle in a band called The Screaming Jets took the Aussie music scene by the scruff of the neck and gave a red hot shake.

In 1991 they released their debut album ‘All For One’, which peaked at #2 on the ARIA charts. The second single from the album, ‘Better’ was the song that introduced the band to the world, and saw The Screaming Jets embark on their first world tour – to Europe, UK, USA and Canada.

“For a bloke from Cardiff, who’d spent a few years touring round Australia, to find himself on the other side of the world sharing the stage with the likes of Soundgarden, Pearl Jam, INXS, and yes, even a band room with Spinal Tap was something beyond my wildest imagination”

Flash forward to 2021 the boys celebrated the 30th year anniversary celebration, and a tip of the hat to where it all began, the current line-up has rerecorded the ‘All For One’ album with a fresh new take. Overseen by original producer, Steve James, the album has been repackaged with new artwork with a clear reference to the original.

After a couple of years in lockdown The Screaming Jets are back on the Road to celebrate 30 years (32 years) of 'All For One'.

Tickets are on sale now