The Screaming Jets Rework A Jets Classic From Isolation 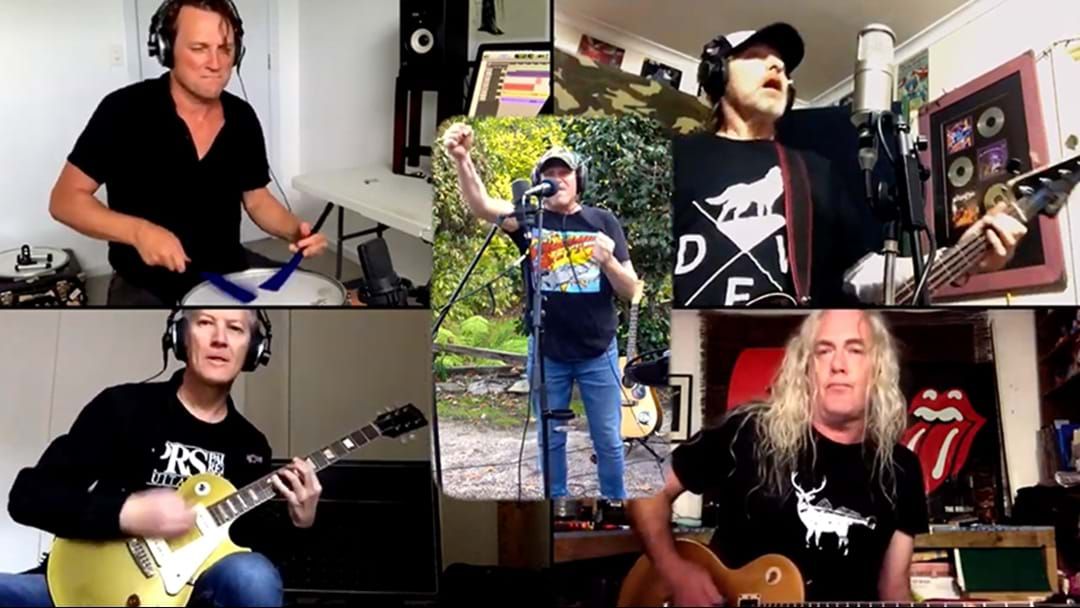 Thank you The Screaming Jets who have made isolation a whole lot better with his new version of their 1992 hit Helping Hand.

The Jets have performed the new take of their single, Helping (Washed) Hands from their homes, in isolation and some how frontman Dave Gleeson has managed to dance around in this isolation video as much as he would on the live stage.

Helping (Washed) Hands is the first of an online series of Quarantine re-recordings from the band, with legendary producer Steve James, who has worked with the band since their first album was released in 1991.

With live gigs on hold, Gleeso have switched Screaming from Streaming, performing weekly gigs online from his back garden and joined mates, Triple M's Roo & Ditts to talk about the gigs:

Check out Streaming Not Screaming: www.facebook.com/DaveGleesonSinger

More from The Screaming Jets: https://thescreamingjets.com.au/