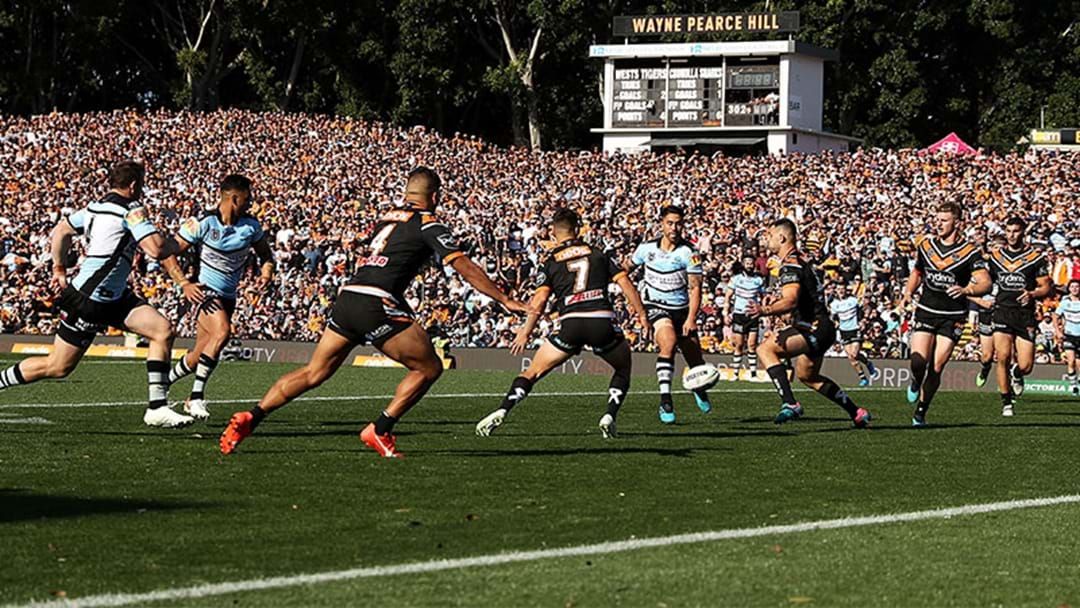 A shock candidate to fill the vacant dummy-half role at the Wests Tigers has emerged.

Many expected Josh Reynolds or Moses Mbye to fill the role left by the retirement of club legend Robbie Farah.

However, following the Nines tournament in Perth over the weekend another name has been put forward.

"He's got that stocky build, a half or five-eighth usually," Triple M's Mark Geyer reacted to the news.

"I don't know if he has ever played there but I know he would be good out of dummy given he's quick."

The Winemaker also revealed an update in Josh Morris' future plus a revelation out of Knights' camp; hear the full chat below.