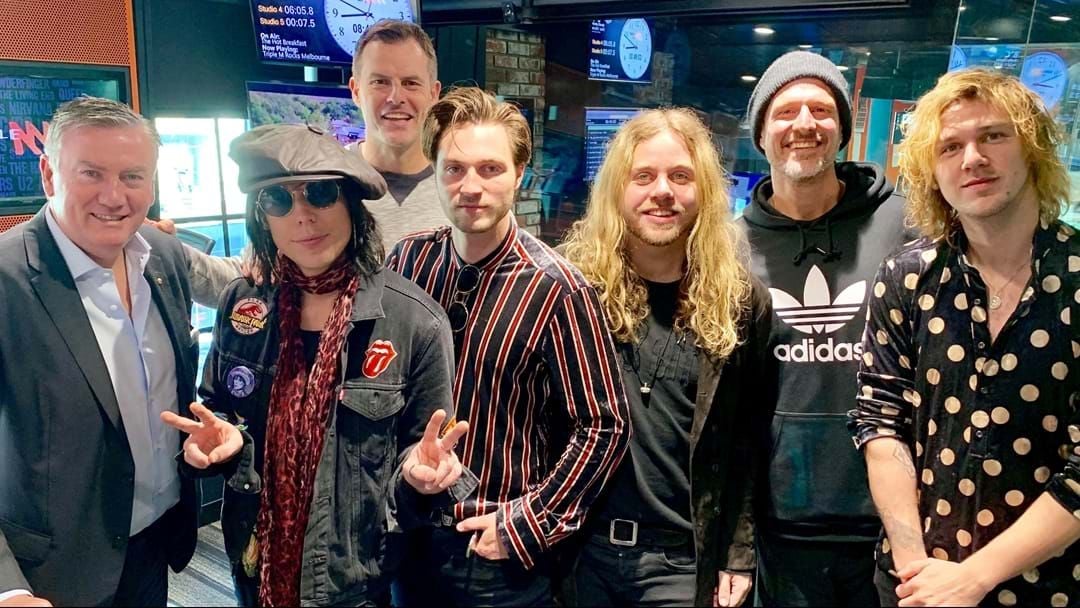 Image: The Struts on The Hot Breakfast

Our favourite new rock band The Struts have joined Triple M's The Hot Breakfast this morning ahead of their Australian headline tour kicking off this week.

The UK rock band have opened for the world's best bands; Guns N' Roses, Motley Crue, The Who and the Rolling Stones where The Struts frontman Luke Spiller revealed he broke the unspoken rule of interacting with Mick Jagger, saying; "I later found hand talking to Mick is really rare. We should have got in trouble".

Get The Struts record Young & Dangerous out now, https://thestruts.com/