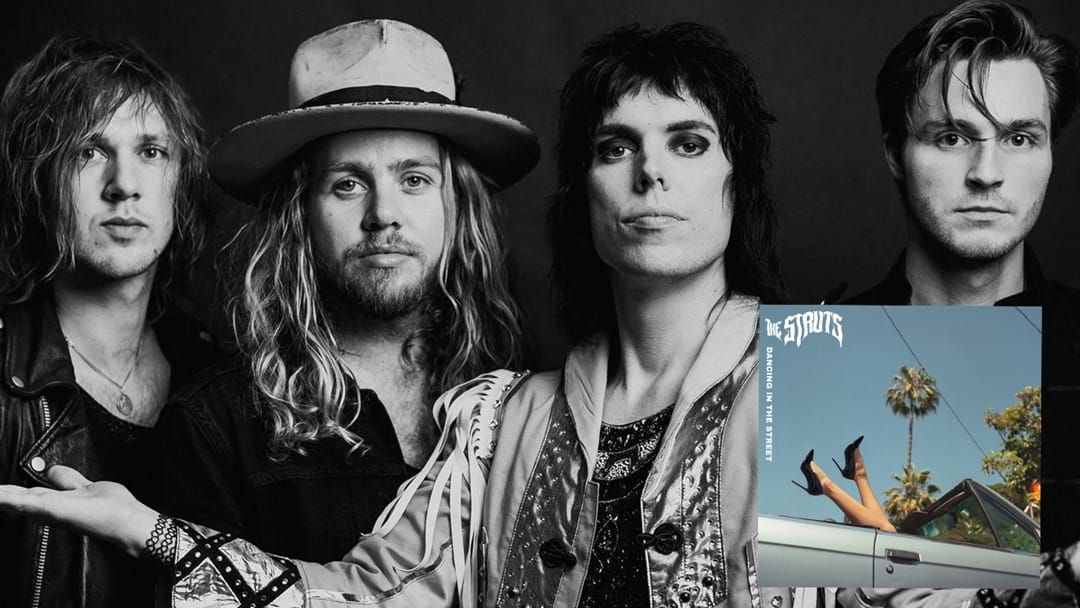 Just before they make their highly anticipated return to Australia, UK rock band The Struts have released a brand new video, having us dancing in the street to a rock classic.

The band have proved their rock cred by re-recording Dancing In The Street, made popular by David Bowie and Mick Jagger, with frontman Luke Spiller nailing both Bowie and Jagger's vocal parts, giving us reason to believe in the future of rock.

The clip gives us a taste of what to expect from their energetic live show.
Watch:

The Struts are returning to Australia this August after a whirlwind tour this February that left Aussie audiences begging for more.
We're not the only ones Queen, Motley Crue, Bruce Springsteen and Foo Fighters are all fans of The Struts.

Get The Struts record Young & Dangerous out now, https://thestruts.com/