The Sunday Rub Discuss If Carlton Should Rest Patrick Cripps 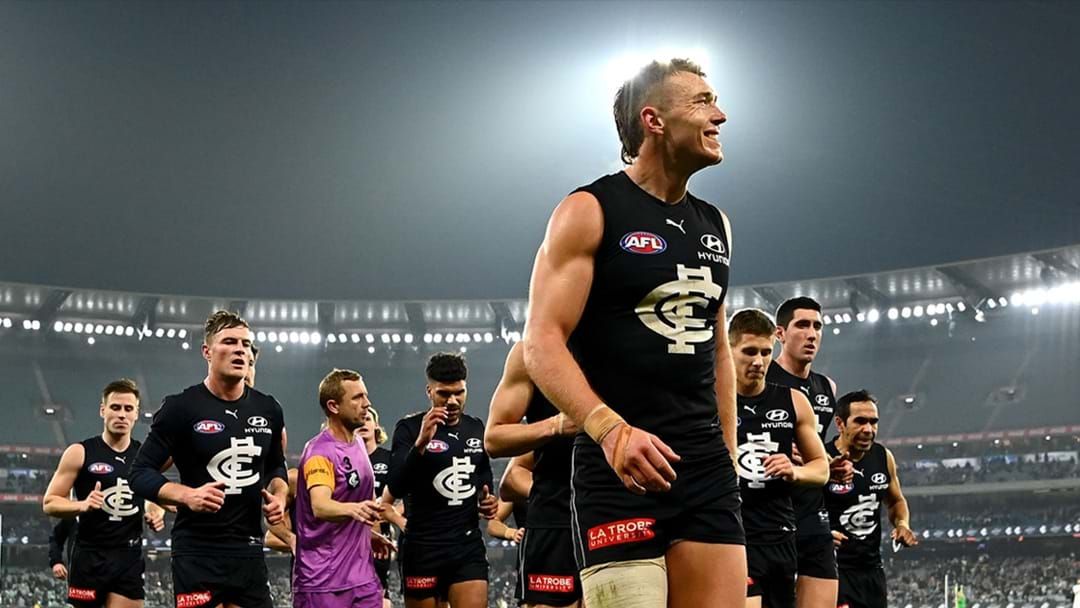 Nathan Brown suggested on the Sunday Rub that Carlton captain Patrick Cripps needs to be rested to get the best out of him for future seasons.

Arguing that Cripps remains the club's best and "most marketable" player, the panel discussed the idea of prioritising his long-term health over short-term gain.

"I don't understand at all why he is playing." Browny said after watching Cripps seemingly play through an injury against Geelong.

"For the betterment of the Carlton footy club, [Teague's] got to say 'I don't think you should be playing at all again this year'".

"Blokes like playing footy, it's their job." Ross replied.

Cripps was forced to compete in ruck duties against the Cats, with both Levi Casboult and Liam Jones late outs diminishing their tall stocks.