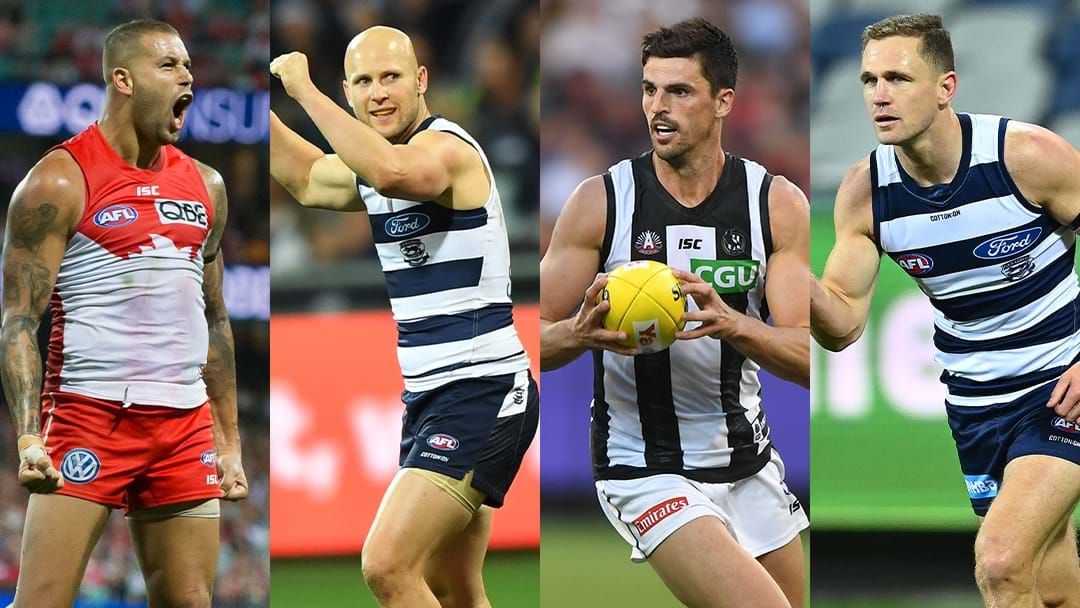 Following Mick Malthouse saying Nat Fyfe was NOT a champion player, the Sunday Rub discussed who they deem to hold 'champion' status.

Ross Lyon went into defend Fyfe after coaching him for many years. Jay Clark agreed that two Brownlow's lifts him into the champion category, while Wayne Carey said that Fyfe would end his career as a champion.

The panel then had their say on who they hold above the rest.

Lance Franklin, Gary Ablett, Scott Pendlebury & Joel Selwood were the players who consistently rated a mention. But there were number of different players also thrown into the mix.

Catch the best bit from Triple M Footy this weekend: