Hold On To These Nuggets 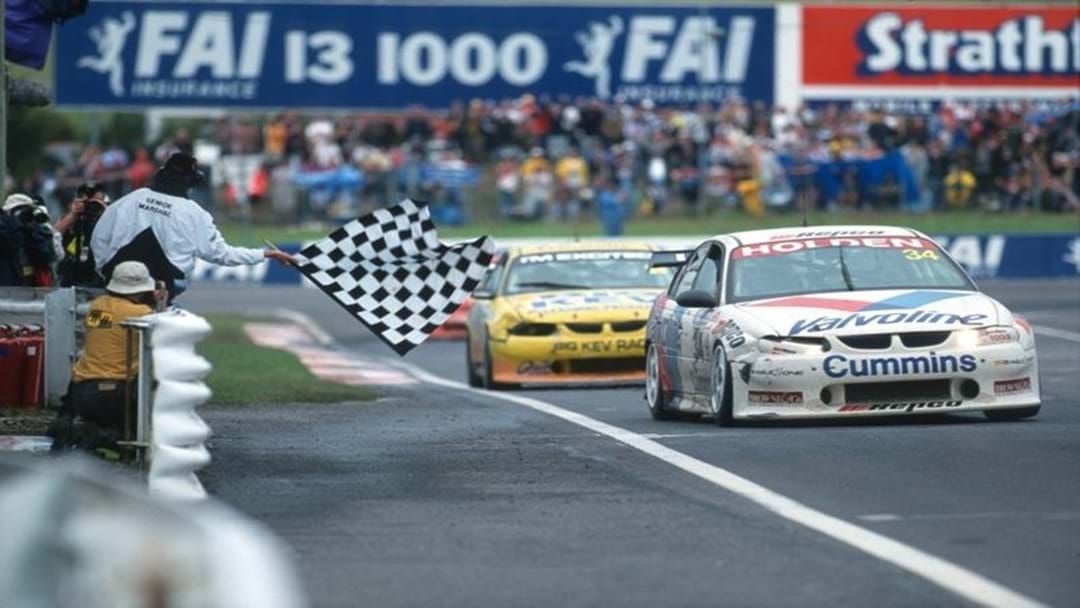 If you're asking yourself geez, is it that time of the year already? Then the answer to that question is YES, it's time for Bathurst.

If you clicked on this story then there's a good chance you're keening up for a long armchair (or couch sesh) in front of the telly with a well stocked esky within arm's reach - the author is anyway.

But if you're reading this because you're the bloke who's more into his footy and just wants to sound like he knows a little bit about what he's talking about with his more in tune petrol head mates this weekend, then read on...

2. The best place to start on the grid? Probably a dumb question but not necessarily...

The pole sitter's won the race 11 times but starting second has it perks, they've won this thing 11 times too.

Mind you, it's been nearly a decade since the last car to start at the front won Bathurst.

3. Grab the tissues, it's the 45th and final time Ford's Falcon races the Great Race before the Mustang makes its long awaited return next year.

The first Falcon was turned here in 1967 and was no slouch with the XR GT winning on debut in the capable hands of Harry Firth and Fred Gibson.

4. The tightest finish of any Bathurst 1000 happened only a couple of years ago when Will Davison and Shane van Gisbergen were separated by just 0.1434 seconds.

5. The man with the most Bathurst starts is Steve Richards who's got 26 races to his name.

Coincidentally the bloke he's driving with - Craig Lowndes, has driven Bathurst one fewer time on 25.

6. Four rookies are in the entry list this year but handily, all of them have raced at Mount Panorama and won't be relying on the simulator.

7. Of the 52 drivers suiting up this weekend, 14 have won a Bathurst 1000. The rest of them will be hoping for speed and more than a bit of race luck to get them to the top step of the podium on Sunday afternoon.

8. Garry Rogers isn't a man for bragging but this weekend marks his 700th Supercars championship race.