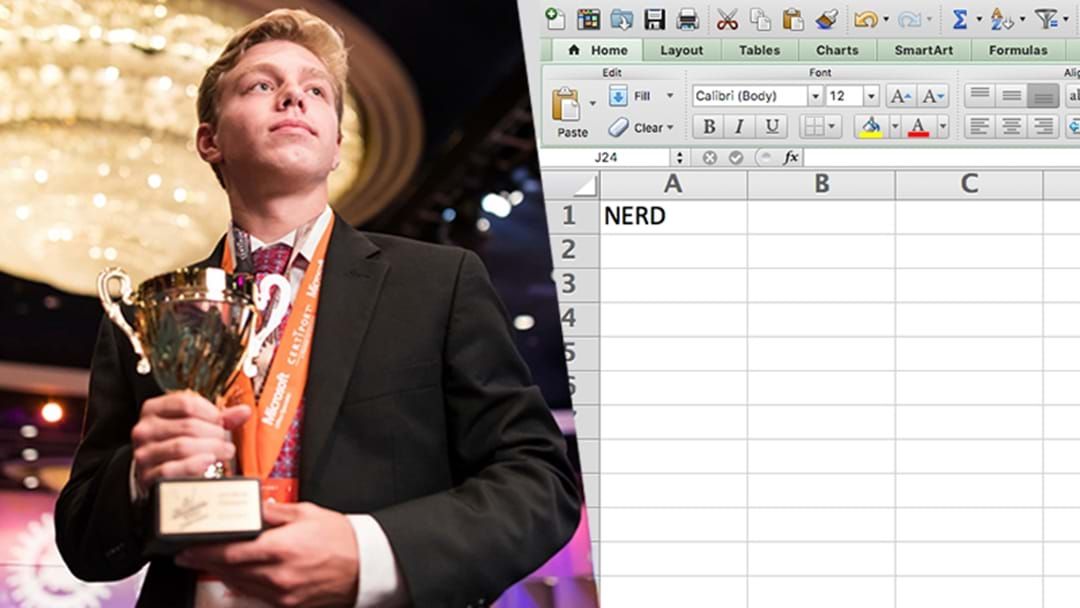 If you thought Mr. Puniverse was the ultimate competition for nerds; think again.

You know that annoying program everyone lies about being "proficient" in on their resume? Yeah, that.

Turns out theirs a competition to find the world's most proficient Microsoft Excel-er, and the prize is $10,000 cash money.

This year's tournament was held in New York City, and was taken out by Romanian Mihaela Florea in the 2016 division and Chi Kin Che from Macau in the 2013 version of the program.

There's no news on whether Fox Sports is looking into picking up the broadcast rights for next year's championships.