"They Got It Wrong": Ryan Girdler Disagrees With Decision To Sin-Bin Jake Trbojevic 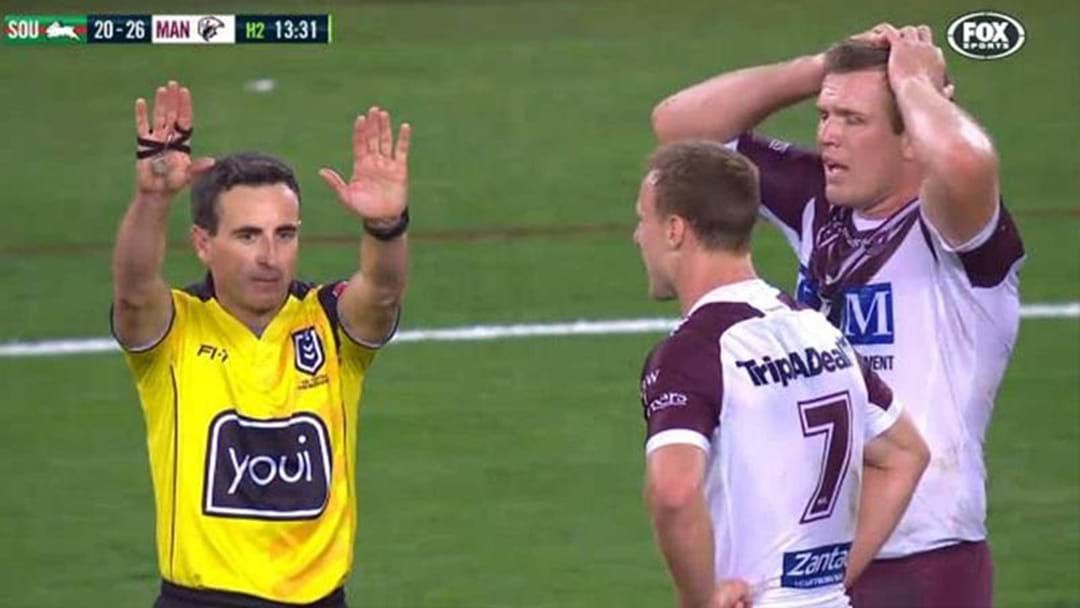 A controversial decision, which ultimately would swing the game in favour of the Rabbitohs who scored two tries while Trbojevic was off the field.

The sin-binning has divided the rugby league world but according to Girlder the referees got the decision wrong.

This was part of a broader chat around Manly's season ending in controversial fashion on Friday night; hear the full chat below.