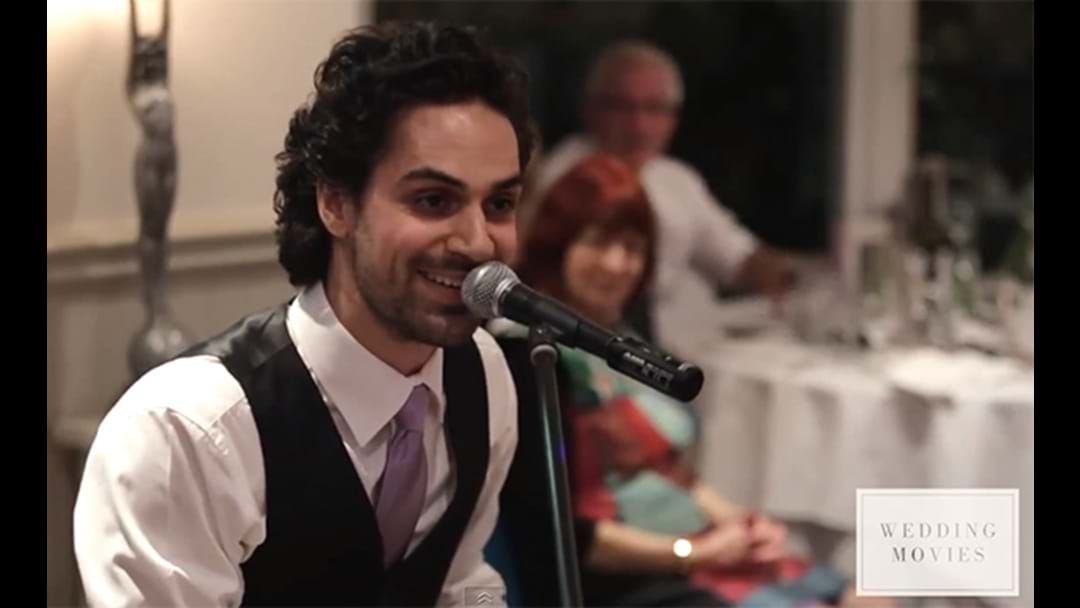 A Melbourne man has unleashed one of the greatest best man speeches we’ve seen… and seriously risen the bar for the rest of us!

Melbourne man Daniel Buccheri wowed guests at his brother’s wedding on March 29th where he set his speech to a series of songs.

Daniel wrote on his YouTube channel: "I was so humbled to be my brother's best man, so I decided to prepare a little surprise for him and his new wife on their wedding day."