Cricket NewsBEST OF 2019: This Beer Relay From The Stands At The Perth Test Is The Best Thing You’ll See Today

BEST OF 2019: This Beer Relay From The Stands At The Perth Test Is The Best Thing You’ll See Today 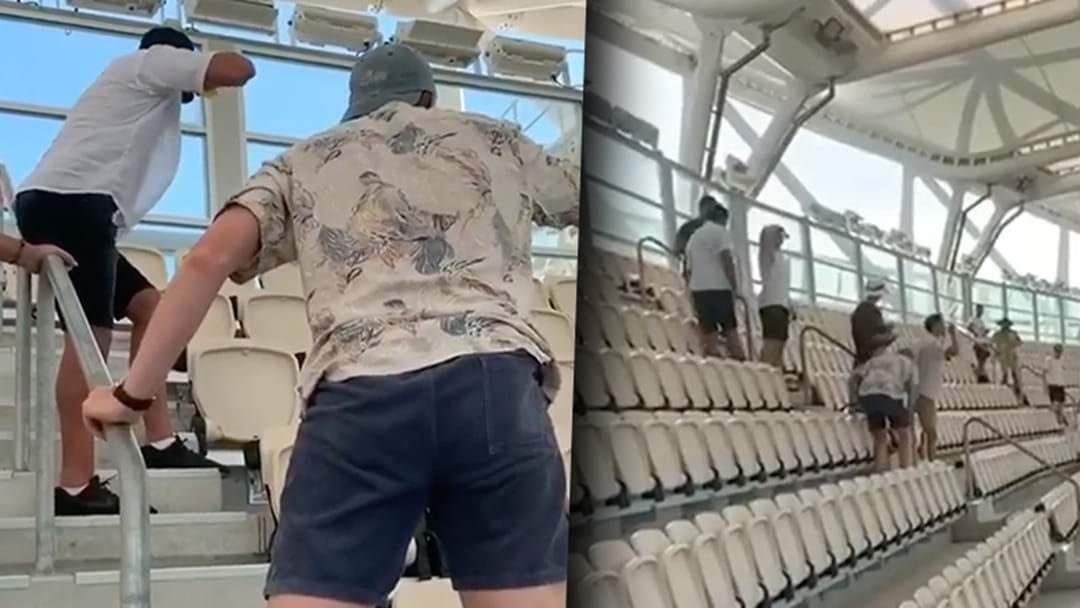 Some punters at Optus Stadium for the Test match between Australia and New Zealand came up with a genius idea to test both physical fitness and beer drinking ability — a beer relay in the stands.

The racers drink their beer as quick as they can, then run across a bay and tag their mate in who drinks his beer in turn and then tags the next bloke and so on.

Due to popular demand, the Bell Tower Times later posted the winner of the race:

We think it’s safe to say cricket (and beer drinking) was the real winner.