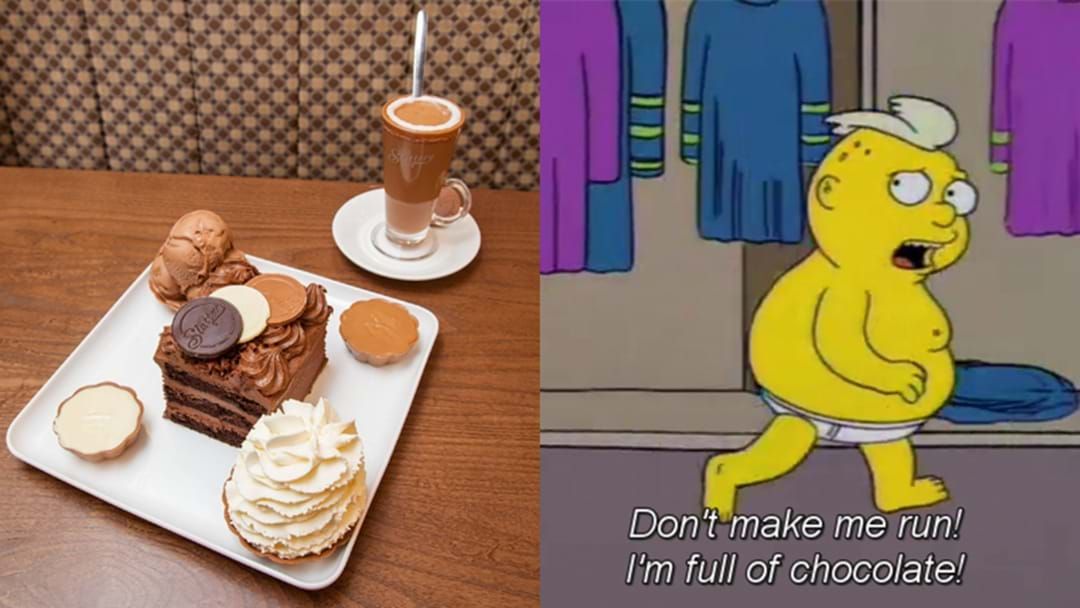 A seemingly do-able chocolate eating challenge has certainly stacked the odds against any participants, with only three per cent making it to the finish line.

Slattery's Patissier and Chocolatier is making international headlines after a local journalist took it upon herself to attempt their $30 challenge.

That buys you a "large portion" of the cafe's "American style chocolate fudge cake, served warm" along with three pretty sizeable scoops of chocolate ice-cream, a dollop of fresh cream and "two chocolate pots filled with liquid chocolate sauce".

All of that is to be washed down with a glass of hot chocolate. A big one.

On the off-chance you manage to finish it all, you'll be rewarded with a chocolate medal and a box of handmade chocolates, because obviously you're now made of chocolate and won't be able to eat anything else.

Manager Mark Wakler told the Manchester Evening News that of the 8,000 people who have attempted the challenge since its inception in 2012, only 241 have succeeded.

That's a 97 per cent strike rate for chocolate - and it's not always pretty.

"We had one lady who was here for her 40th and she was going for it," Walker said. "But at the end, she stood up to leave and it just all came up.

"Another lady's white coat was just covered in chocolate, she was so embarrassed."

If you're now in the mood to smash more food than is recommended, you can search for eating challenges in your local area here.