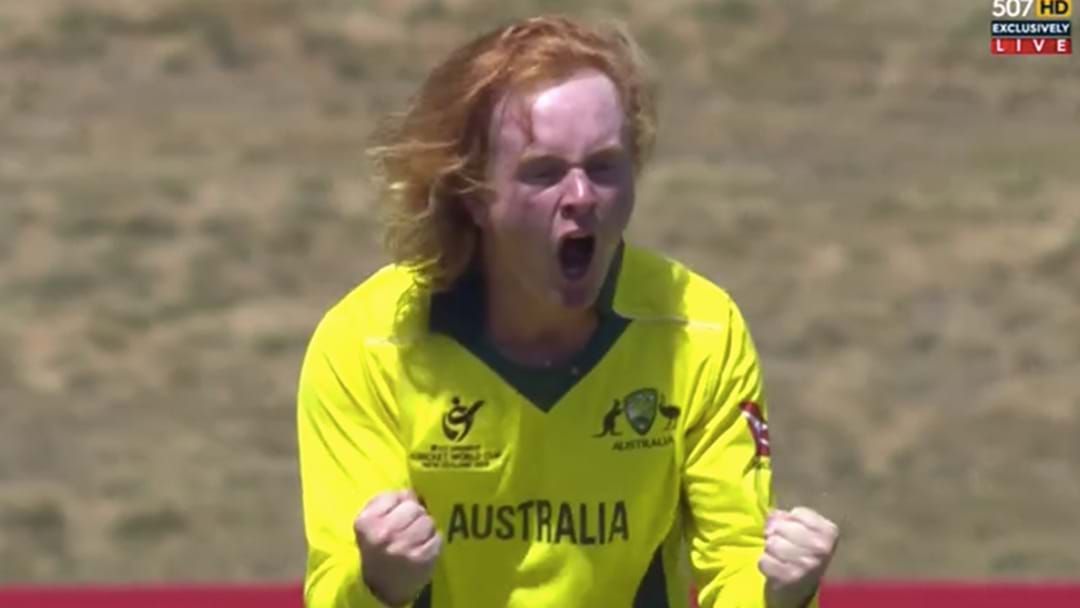 England were chasing 128 to win and were absolutely cruising at 0/47...

...until Pope came on to bowl.

He took three quick wickets to take England to 3/51, giving the Aussies a sniff.

Then came the collapse.

Pope took another five wickets, with Param Uppal chipping in with another and Jackson Merlo contributing a run out, to skittle England for 96 all out.

Pope - who's previously received some praise from Triple M's own Kerry O'Keeffe as one to watch - ended with the figures of 8/35, the best in U19 World Cup history.

It sees Australia move through to the semi final, to be played on Thursday.