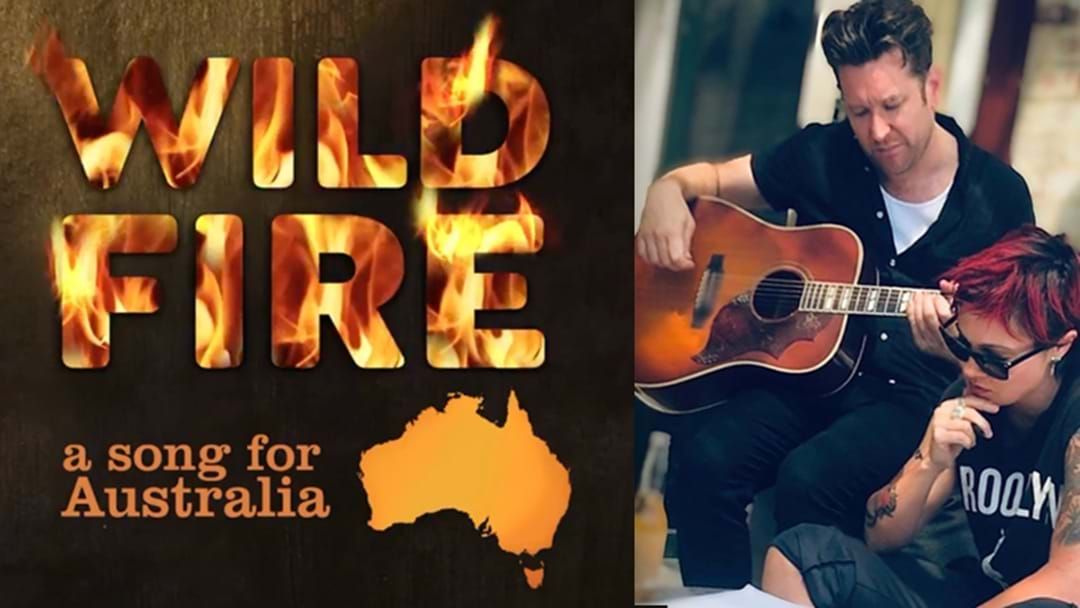 In the midst of those horrendous bushfires that tore through much of our country, Aussie rock royalty have banded together to record a song written specifically about the tragedy, by Eskimo Joe's Kav Temperley and The Superjesus' Sarah McLeod.

"Wildfire is a song with a meaning and purpose! It’s a song of love, charity, hope and support."

Check out who appears on the recording, all of whom reportedly jumped at the chance to help out and lend their ample abilities to this awesome track.

Their collective goal is to raise 10 million downloads across the world and give people an easy way of donating through the simple act of buying and playing the song.

We're premiering the track on Triple M Aussie with Becko, this Sunday night at 8pm.

It's available now via Spotify and all your usuals.

Wildfire is a 100% donation of all profits raised by the song to the most deserving charities who are 100% operated by volunteers and who are right there on the ground directly in the affected bushfire regions.