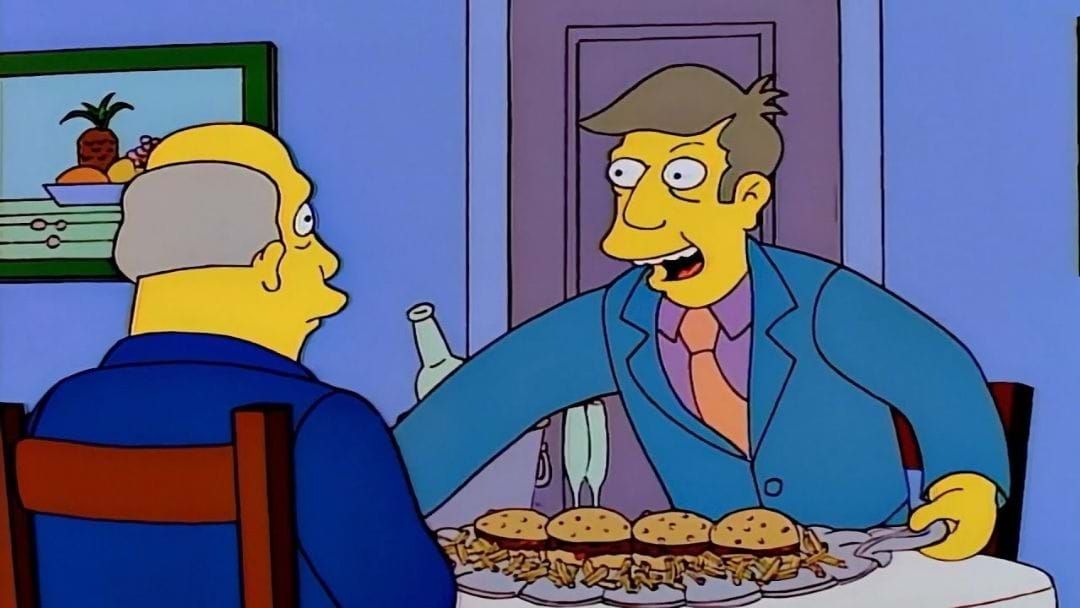 The concept isn't a new one... different versions of The Simpsons' "Steamed Hams" meme are everywhere on the Internet, but one new version is gaining attention for the sheer amount of effort and creativity needed to pull off such an ambitious crossover.

Created by YouTube channel bad puns, the video mashes A-ha’s Take On Me music video with the iconic interaction between The Simpsons' characters Principal Skinner and Superintendent Chalmers.

It loosely follows the storyline of the original music video, starting with hand-drawn comic book panels, and "live action" segments, before Skinner finds himself in a sketched world with A-ha's lead singer Morten Harket. The pair's interaction closely resembles that of Harket and actress Bunty Bailey, before Skinner is thrown back into his own reality.

Check out the clip here:

The creator, who shared his masterpiece on Reddit, outlined the process behind the video:

"For the ones where the woman wasn't a part of it, I simply took the animation from the original video. For the ones where it was just the woman, I found a clip from The Simpsons where Skinner was making a similar facial expression, exported as an image sequence, traced the frames, scanned the frames, and finally cropped and color corrected the frames to create the final animation. For the ones where it was both the woman and some other people, I exported them as an image sequence, and then for each frame I loaded it into blender as a background image, posed my Skinner 3D model (ripped from Simpsons hit and run) to match the woman as closely as possible, [screenshot] it, and then traced and scanned it just as I did with the others

"Near the end of the project however, I got pretty good at drawing skinner and didn't bother with the 3D model and just added skinner when I was tracing the frames."

It's no wonder that, according to a comment on the Reddit thread, it took an entire month to the whole thing together.

One Reddit user commented, "Well... you are an odd fellow but I must say you mash-up a pretty good meme", quoting the original scene.

Another wrote, "Who would have known that the best love story of 2020 would be the A-ha man and Seymour Skinner?"

It's another testament to the fact that this meme continues to endure the test of time, with no signs of disappearing anytime soon.