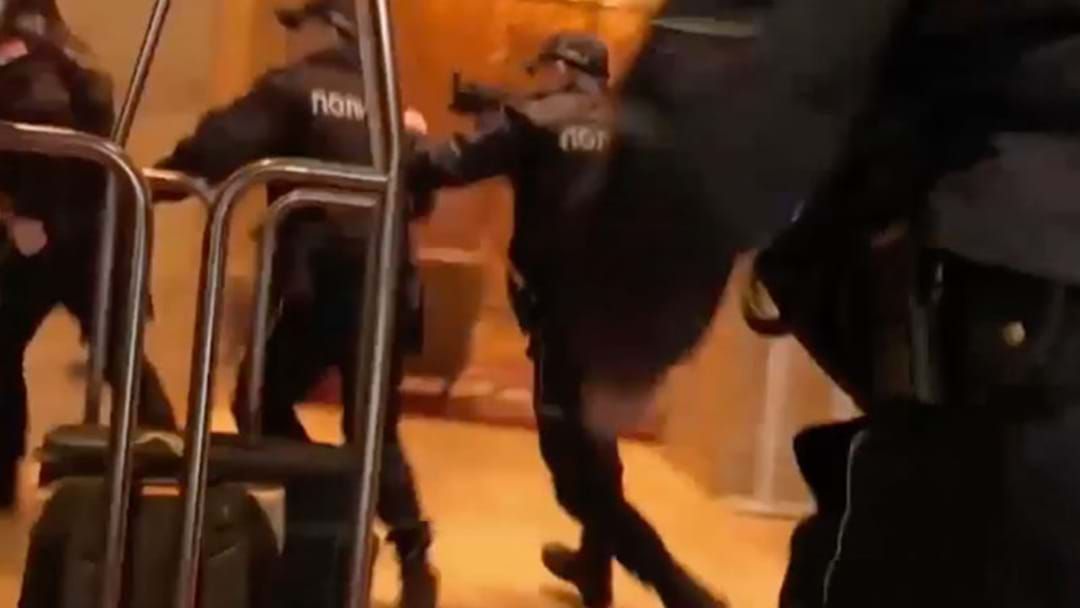 Three Australian men are behind bars in a Serbian jail following dramatic arrests at a five-star hotel over links to an international drug-smuggling group that tried to bring more than a tonne of cocaine into Sydney last year.

The men - two aged in their 40s and another in his 30s - were arrested by Serbian Police on Wednesday, alongside a Lebanese man, also aged in his 40s.

Dramatic footage shows Serbian Police with their weapons drawn swooping on the lobby of the luxury Metropol Palace hotel in the Serbian capital Belgrade.

The video shows the four men handcuffed and lying on the floor next to a table where moments before they were enjoying drinks.

A bag filled with foreign currency bank notes is shown in the video, with local police saying the arrests were made during "money handover".

Serbian Police alleged the men "are linked to" the discovery of 1280 kilograms of cocaine that was seized in April 2017 on a Chinese container boat docked in Sydney, a statement issued on Wednesday said.

The drugs were said to be worth AU$500 million.

Authorities said the arrests were made in cooperation with Australian police.

An Australian Federal Police spokesman told AAP on Thursday they were aware of the reports but "as the men are the subject of an investigation in Serbia, it would not be appropriate for the AFP to provide further comment at this time".

The Lebanese citizen was detained and charged with having forged identity documents.