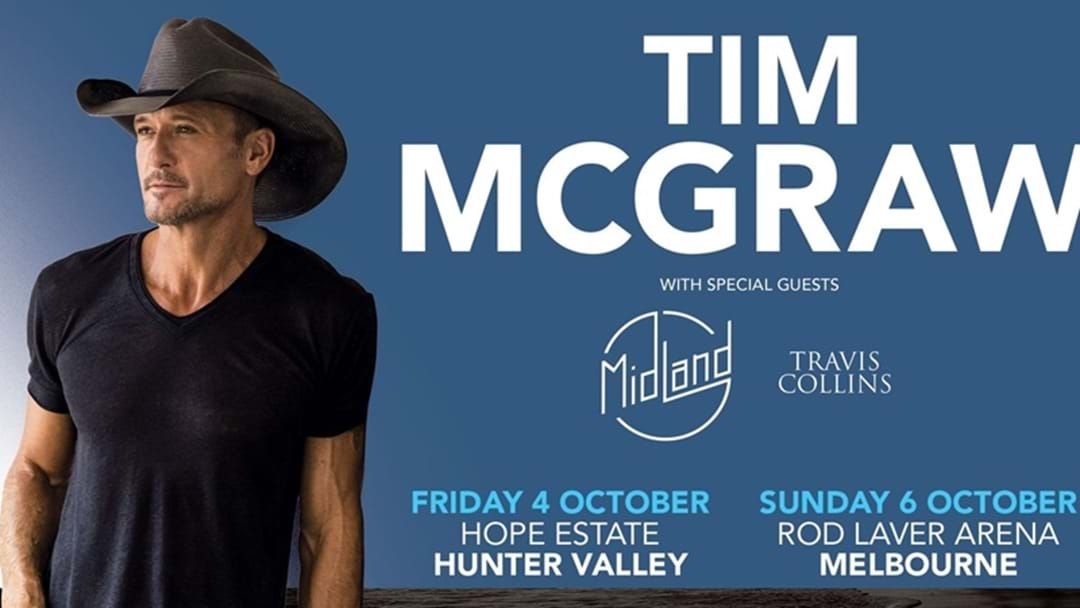 Pre-sale tickets to these two shows will be available via VISA from 10.00am AEST, Thursday 16 May, before tickets go on sale at 11.00am AEST, Friday 17 May 2019 through Ticketek.

Fans attending these shows will witness why Tim McGraw is one of the biggest stars in music, as he brings the full firepower of his North American tour to the Hunter Valley and Melbourne.

“I have always enjoyed playing for Australian audiences, who are some of the loudest and most loyal music fans in the world.  It’s been too long since I’ve been there, and I look forward to seeing you at these special concerts, bringing my full show to fans in the Hunter Valley and Melbourne,” said Tim McGraw.

Joining Tim on his headline shows, as special guest, will be the popular and awesome Midland, on their first ever Australian tour.

Also on the bill is seven-time Golden Guitar winner and back-to-back CMC Male Artist of the Year winner Travis Collins.

Tim McGraw will also perform at the 21st annual Deni Ute Muster on Saturday 5 October 2019, with full details at www.deniutemuster.com.au