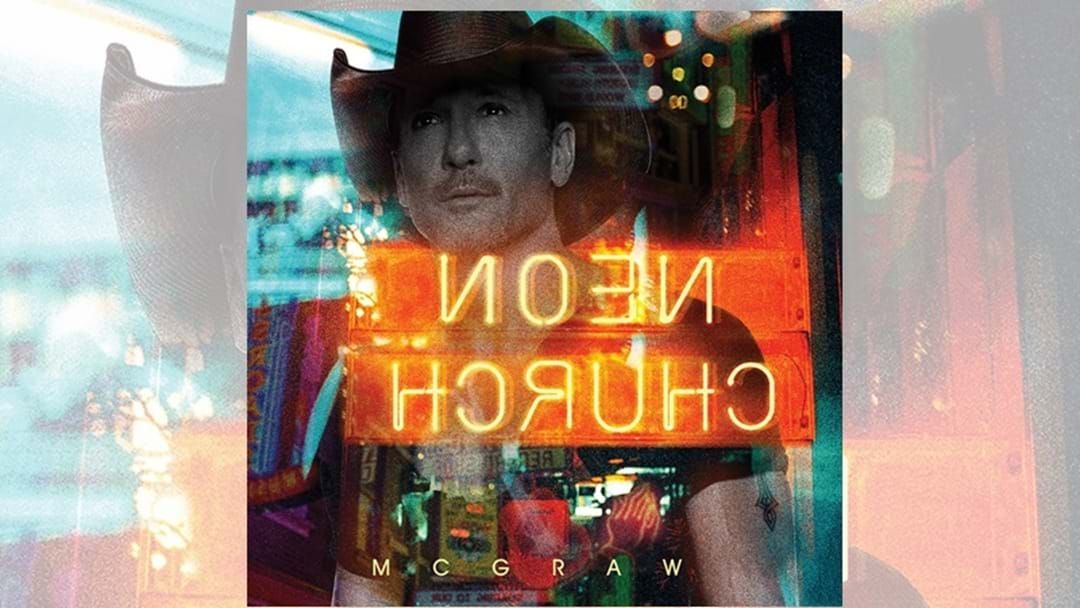 Grammy Award winning music superstar Tim McGraw has released two new tracks, the single, “NEON CHURCH” and an additional track “Thought About You,” which are available to stream and download now. This marks his first new music for Columbia Nashville/McGraw Music. “NEON CHURCH” has been shipped to radio for immediate airplay.

McGraw has indicated both songs are part of an upcoming 2019 album project.

“I love that there are no rules anymore and I can give fans more music at once. I really felt that both these songs were ready to be heard and will absolutely give a sense of where I’m going with my next project. They're meaningful to me and show the diversity of what I’ve been working on musically,” said McGraw who has most recently spent two years touring with his wife, Grammy Award winning artist, Faith Hill on the blockbuster Soul2Soul Tour in support of their first-ever album together, THE REST OF OUR LIFE.

“There’s not a misplaced word in Neon Church,” explains McGraw. The second track “Thought About You” was written by Lee Thomas Miller, Brad Warren and Brett Warren.

“Tim had such a vision for the sound and shape of this new music. NEON CHURCH is an anthem from the first note and is so unique sonically,” said Gallimore.

Together as co-producers, McGraw and Gallimore have sold over 50 million records.