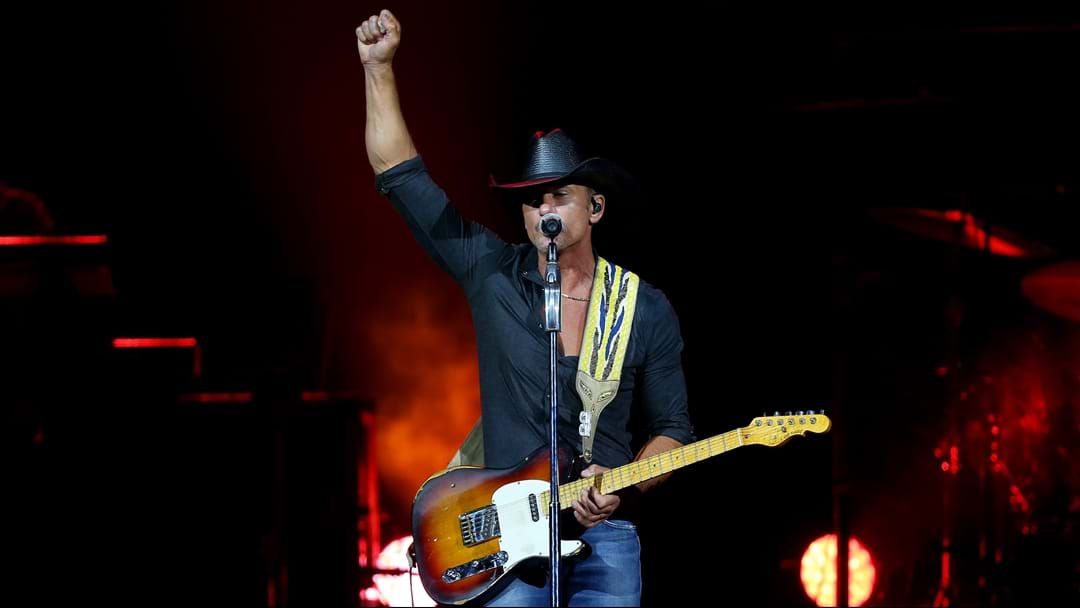 He’s been in the country headlining our very first Country to Country festival, but before he touched down in Aus Triple M Country’s Lee Kernaghan caught up with Tim McGraw on The Range.

Tim revealed what’s next on his bucket list and which deadly Aussie animal he wants to get closer to.

Tim also spoke about his new fitness adventure, the best thing about Australian audiences and the songs that never get old to perform. Listen to the full interview below.

Tim will be joining our very own Lee Kernaghan this weekend at the Deni Ute Muster before heading to Melbourne for his final Australian show on Sunday. More Info here